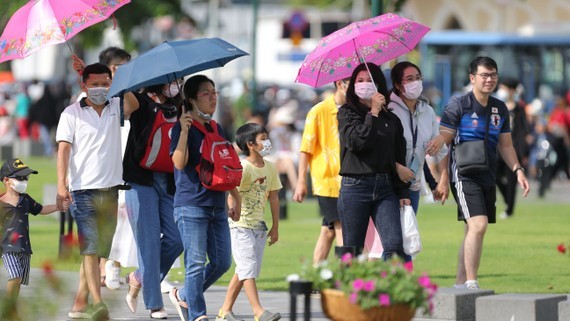 The number of international tourists gathering at key tourist destinations has increased sharply which is a positive signal for Vietnam's inbound tourism season from October, mostly visitors from Europe, America and Australia.
Apart from domestic destinations, foreign tours have gradually recovered after the Covid-19 pandemic. Particularly, tours to Singapore, Malaysia, Indonesia, Laos and Thailand are still the first choices of tourists with reasonable prices from VND8 million (US$341) to VND10 million (US$426) a person.

According to the General Department of Tourism, the active tourism activities during the National Day holiday showed that the tourism industry is recovering and developing positively, showing a positive signal for the year-end festival tourism season and the inbound arrival season of the Vietnamese market.


By Mai An- Translated by Huyen Huong