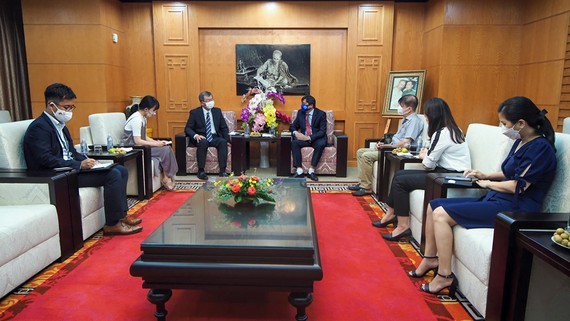 At the meeting ( Photo: SGGP)

At the meeting, Mr. Watanabe Nobuhiro said that Vietnam - Japan relations are constantly developing very well as a strategic partnership.

During the recent Covid-19 epidemic, the Japanese government has provided Vietnam with about 7.3 million doses of the vaccine, a part of which was delivered to Ho Chi Minh City. That shows the beautiful and precious friendship between the two countries.

In diplomatic activities, the press now plays an important role as it conveys a lot of information to readers in the two countries, helping to increase understanding between Vietnamese and Japanese people.

Appreciating the role and position of Sai Gon Giai Phong Newspaper in providing information to readers in Vietnam in general and Ho Chi Minh City in particular, Mr. Watanabe Nobuhiro hoped that Sai Gon Giai Phong Newspaper would continue to provide information about friendly cooperation and cultural exchange between people in the two countries, especially activities towards the 50th anniversary of the establishment of diplomatic relations between Vietnam and Japan in 2023 to city dwellers and readers in Vietnam.

The Sai Gon Giai Phong Newspaper will continue to provide timely and accurately reports on cultural, life, economic and social events of the Japanese people as well as the sustainable relationship between Vietnam and Japan, especially on the occasion of the 50th anniversary of the establishment of diplomatic relations between Vietnam and Japan in 2023, added Mr. Tang Huu Phong. 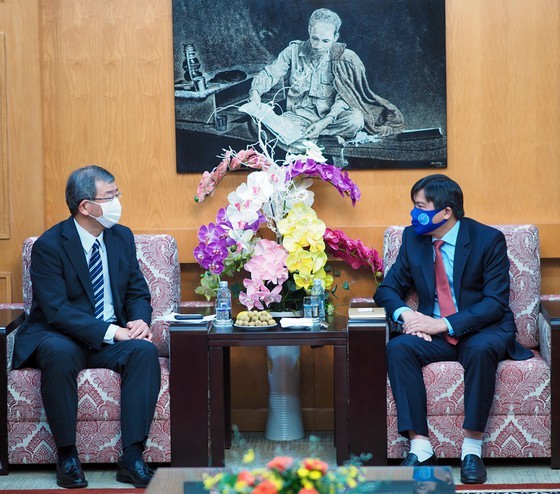 Consul General of Japan to HCMC Watanabe Nobuhiro and SGGP Editor-in-Chief Tang Huu Phong discussed the cooperation between the Sai Gon Giai Phong Newspaper and the Consulate General of Japan in HCMC in exchanging and connecting press cooperation, digital transformation in journalism, including artificial intelligence.

Mr. Tang Huu Phong expressed his expectation that the Consulate General of Japan in HCMC and the Sai Gon Giai Phong Newspaper will cooperate more in the near future, expanding information about Japan in all fields to enhance understanding between the two sides with the aim to promote the friendship between the two countries.