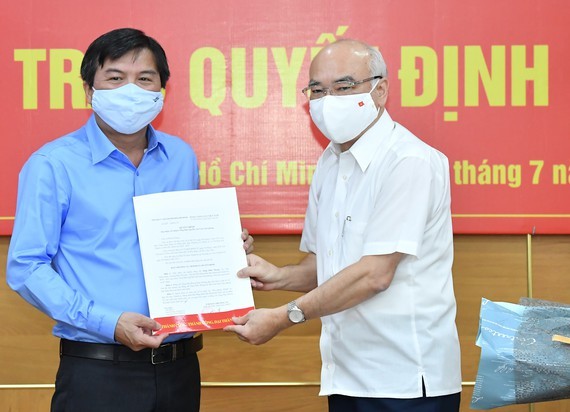 He asked Mr. Tang Huu Phong and the SGGP Newspaper staff to continue the newspaper’s current role as a bridge providing guidelines and policies of the Party, State and HCMC’s Government to the people and calling on residents to join hands in the building and development of HCMC as well we raising awareness on preventing the spread of Covid-19.
Mr. Tang Huu Phong expressed his thanks to the Standing Board of the Party Committee of HCMC for trusting his with new role.
He highly appreciated talented editors and reporters of the SGGP Newspaper that have made every efforts to maintain the newspaper's leading position and build truth in the community. He hoped that all the staff members to side with him to further develop the newspaper.
Former Head of the Culture and Society Board of the HCMC People’s Council, Tang Huu Phong was born in 1972 in Phu My District, the central coastal province of Binh Dinh.
He has a Master degree of History and graduated from a training course on advanced-level political theory.
He took positions of Deputy Secretary of HCMC's Youth Union, Deputy Editor-in-chief and Editor-in-chief of the Tuoi Tre (Youth) Newspaper in 2008-2016, Standing Deputy Secretary of Tan Phu District’s Party Committee in 2016-2020, Head of the Culture and Society Board of the HCMC People’s Council from March 2020-June 2021. 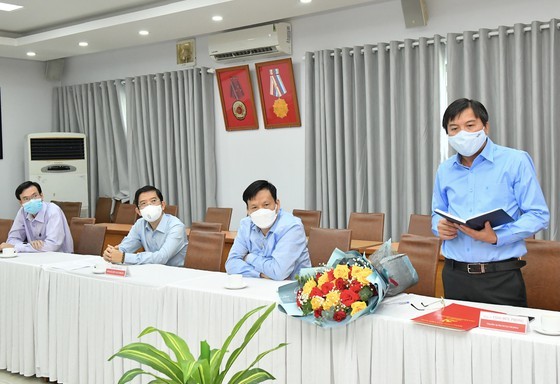