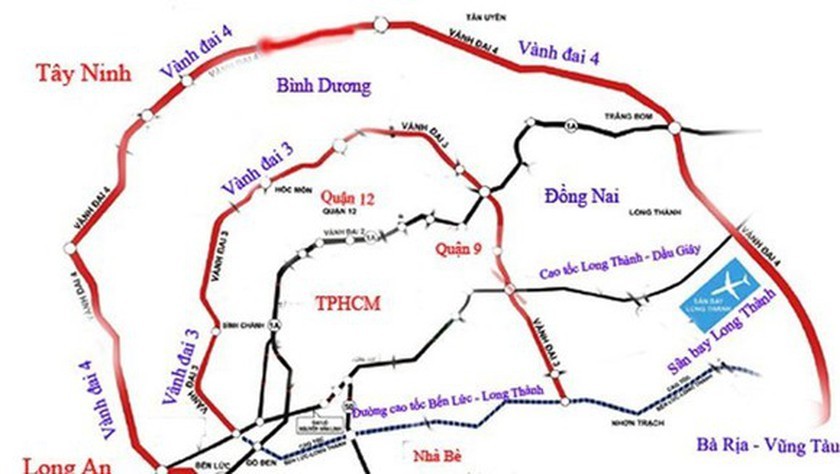 After the site survey at the Ben Luc intersection (HCMC - Trung Luong expressway in Ben Luc District of Long An Province), Deputy Director of the Department of Transport of Long An Province Tran Thien Truc said that the over-6.6-kilometer long Ring Road No.3 will travel through the locality with an area of 4.95-hectare land for site clearance and 350 affected households from the project.
With the site clearance plan, the People's Committee of Long An Province assigned Ben Luc District to perform investment, survey and collect opinions from the affected households. The District People's Committee has prepared 20 hectares for on-site resettlement in Ben Luc Town.

The site clearance is expected to finish in the second quarter of 2023 and the entire route will be opened to traffic in 2027 as scheduled. Currently, the Provincial Department of Transport has coordinated with the Department of Transport of Ho Chi Minh City, Binh Duong and Dong Nai provinces to promptly complete reports from the investor's proposals to submit to the National Assembly.

According to Director of the Transportation Works Construction Investment Project Management Authority of HCMC Luong Minh Phuc, as planned, the Ring Road No.3 project will be submitted to the National Assembly for consideration on May 23.
With 3,500 affected households along with around 1,500 needs in on-site resettlements, site clearance is one of the most key contributions to the project process.

To serve the project, Ho Chi Minh City will relocate 2,500 houses and resettle 741 households. Currently, the city has basically completed the on-site resettlement.

Through surveying the intersections of the Ring Road No.3 project, the working delegation grasped the necessity of the project implementation serving for the development of the Southern Key Economic Zone as well as a drastic preparation of the four localities. 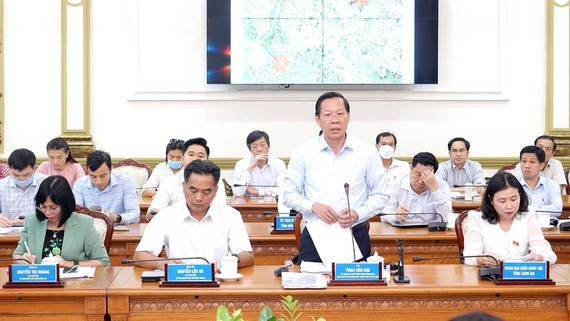 Speaking at the meeting, Chairman of Ho Chi Minh City People's Committee Phan Van Mai said that the city will hold a conference on compensation and site clearance to implement the project under the chair of Municipal Party Committee’s Secretary Nguyen Van Nen after the approval of NA with a target of early starting the project at the end of 2023. Besides, Ho Chi Minh City also coordinated with Binh Duong and Dong Nai to unify the cost, overall plan, method and process of the site clearance mechanism.

To complete the project as planned, Ho Chi Minh City has established the working team, including leaders of ministries, sectors and localities to synchronize the construction, installation, implementation process, general plan and so on, added chairman Mai.

In the upcoming time, the city will establish a steering committee and consultancy council comprising experts in the field of transport, former leaders of the Ministry of Transport for consultation and former leaders of localities having experience in site clearance.