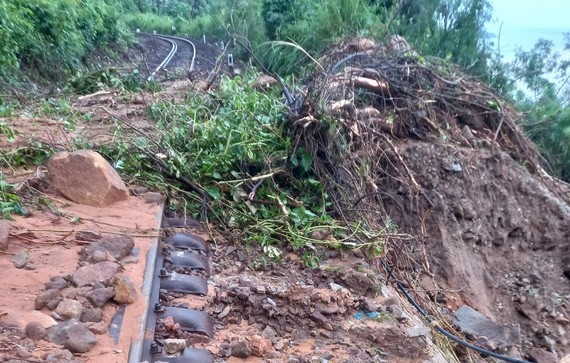 A landslide on a railway section in Danang

According to VNR, recent flooding across the Central region has caused damage to the rail network, including the sections running through Da Nang and Hue. The company decided to temporarily suspend some pairs of trains connecting Ha Noi and HCMC with Da Nang from October 15 -16.

Passengers who were stranded at stations of Dong Ha, Hue and Da Nang because trains had to temporarily halt due to flooding will get free food and drink when the clean-up and recovery work begins after the storm.

The railway sector has transported more than 180 passengers from Cau Hai station in Phu Loc District, Thua Thien –Hue Province to Da Nang station, and carried 200 others from Da Nang to Cau Hai.