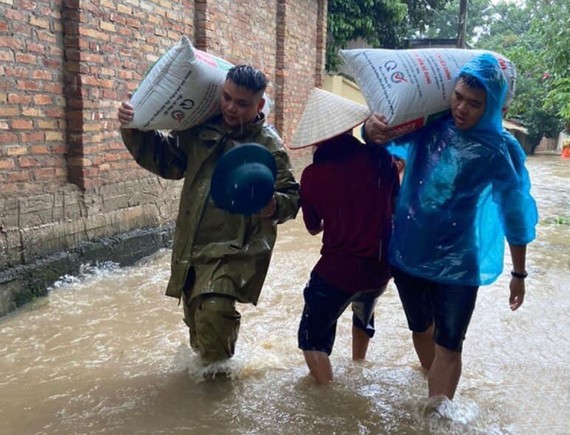 Specifically, there were reportedly two people dead and two injured in landslide; two people were injured by collasped house; and one person was killed by lash flood.
Accoding to the initial statistic, 253 houses were destroyed, over 9,320 hectares of paddy and vegetable fields were submerged in floodwater, and 27 livestock and 835 poultry were killed.

By the afternoon of May 24, vehicles travelled slowly on National Highway 4D through Lao Cai Province.
Through May 24, torrential rains remained in the capital city of Hanoi, leading to flooding on many roads.

By staff writers-Translated by Huyen Huong