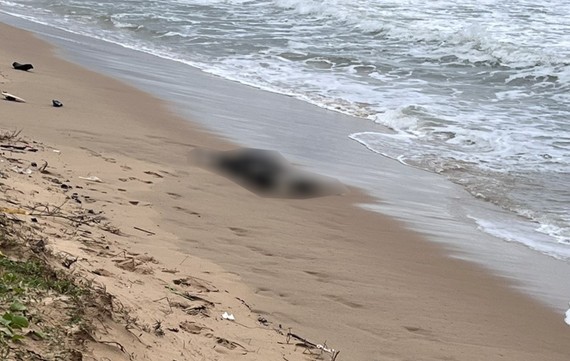 A body drifting in the seaside is found under a severe decomposition situation.

Senior Colonel Le Minh Chanh, Deputy Chief of Phu Quoc City Police said that in the afternoon of September 30, the Police of Kien Giang Province, the Department of External Affairs and other functional agencies of Kien Giang Province will arrive in Phu Quoc to verify identifications of the seven bodies.
Previously, from noon to the evening of September 29, seven male bodies were discovered on Bai Truong seaside. Among these, there is a body without head. All the bodies are being refrigerated at the Medical Center of Phu Quoc City.

According to the functional agencies, the bodies might relate to the ship carrying Chinese people traveling from Fujian Province to Cambodia which was sunk in the bordering waters between Vietnam and Cambodia in the period from September 22 to 24. At that time, a fishing boat in Ganh Dau Commune, Phu Quoc discovered and rescued 11 people while they were drifting at sea.

Currently, the police are continuing to investigate and clarify the case.