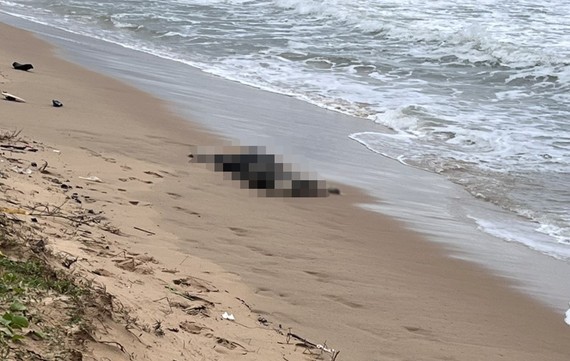 A body drifting off the seaside under a severe decomposition situation was found.

According to initial information, as of 11:00 a.m. on September 29, at the area of Bai Truong beach in Duong Bao Hamlet, Duong To Commune, residents detected two bodies drifting off the seaside and reported to the police agency for investigation and verification. By the afternoon of the same day, five more bodies have been detected at the seaside. The police forces identified that the bodies were men and women without identification.
At the current time, the police agency is continuing to clarify the case and notifying those whose relatives are missing to report to Phu Quoc City Police to identify the identification.

According to the identification of functional forces, it could be the case of 20 Chinese nationals being missing after a boat capsized off the coast of Vietnam and Cambodia on September 24. At that time, a fishing vessel of fishermen in Phu Quoc saved 11 people in the sea and the rest were supposed to be missing.

Therefore, the function forces of Phu Quoc are at the seaside to handle urgent incidents.