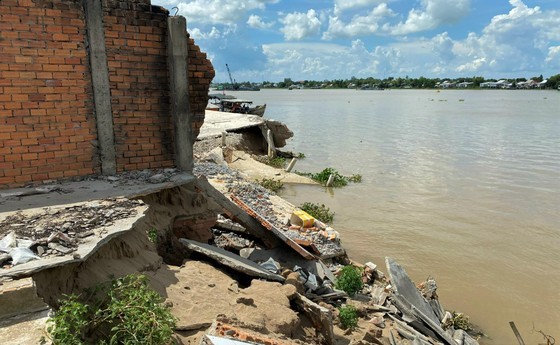 Emergency state of erosion in Hau riverbank in recent time

On June 30, Chief of the Office of the Standing Steering Committee for Climate Exchange and Natural Disaster Prevention and Control, Search and Rescue of An Giang Province Luong Huy Khanh said that the provincial People’s Committee just signed a decision to announce an emergency state of erosion at two sections in Hau riverbank with a total length of over 800 meters.
Previously, on June 23, functional agencies and the People’s Committee of Chau Phuc District had performed a survey to the erosion-prone areas with 104 affected households and four business and production facilities.

By An Minh- Translated by Huyen Huong