Accordingly, the emergency landslide situation was alerted for the islets on Hau River, including My Phuoc Islet in Nhon My Commune, An Tan and An Cong Islets in An Lac Tay Commune, the riverside of Phung An Canal.

Many dikes in islets and riversides are in serious landslide
Amidst the warning above, the People’s Committee of Soc Trang Province required the People’s Committee of Ke Sach District to keep a close watch on the situation, coordinate with relevant authorities to zone out and install the warning signs along with dangerous erosion areas and landslide-prone ones, raise public awareness of the danger and urgently evacuate people, especially children and the elderly and property to safer places.
In recent years, the landslides have become worse in Ke Sach District, with an average erosion rate of about two kilometers per year. Landslides have happened deeply into concrete roads and fruit gardens from three to ten meters. 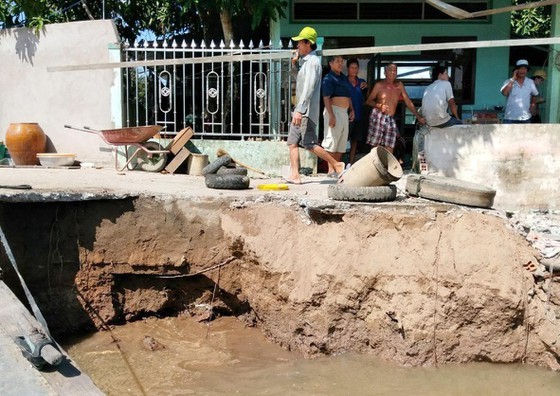