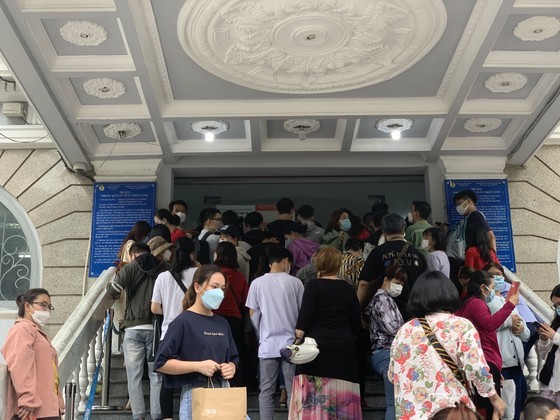 At the entrance to Room PA08, early on, hundreds of people came to issue and change passports. Many people stood in long lines waiting for their turn.
Because so many people came to the venues, the waiting room area had no seats, many people had to wait in long lines inside the check-in room. Even many people had to wait in the lobby, sitting on the sidewalk.
Resident The in District 12 said that he brought his 19-year-old son here early in the morning to apply for a passport to work abroad. Due to overcrowding and not knowing how to do the procedures, they spent a lot of time registering on the National Public Service Portal.
Similarly, Mr. Khoi in Phu Nhuan District said that from 7 am, he arrived at the passport office to change his expired passport; however, at arrival, he saw thousands of people standing in a long line from the entrance to the inside making him feel bored.
Among thousands of people present here to apply for a passport, many elderly people could not do registration online. Many people don't even have smartphones so they couldn’t register…
An officer at the passport office said that the overload on the first day of issuing new passports is inevitable.
Similarly, thousands of people were today standing in long lines from the gate of the Immigration Department to the inside since early morning.
Some people moaned that they waited for 3-5 hours and still could not get inside to apply for a new passport or re-issue a passport meanwhile many others are confused and have difficulty in the application process. 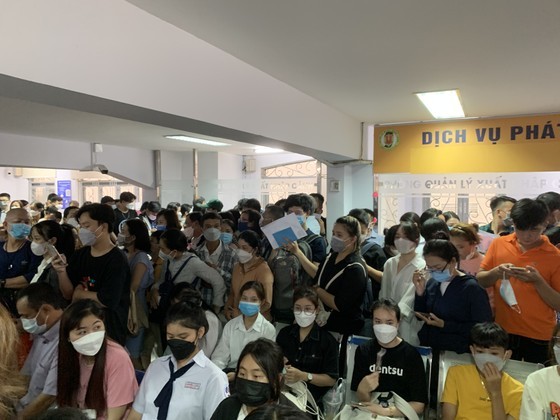 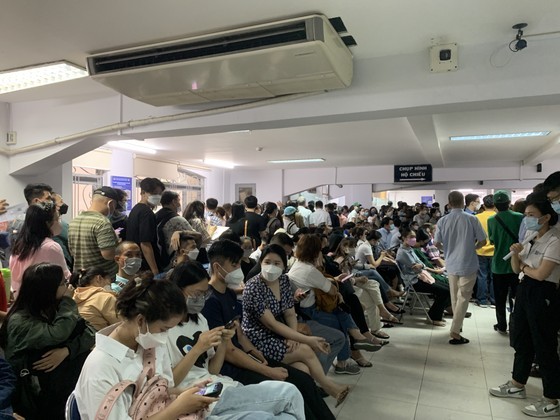