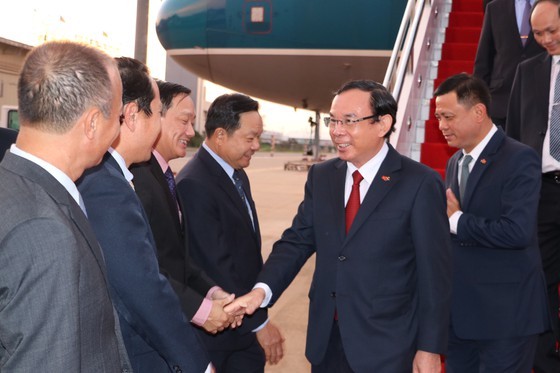 The visit is part of the activities to celebrate the Vietnam-Laos Solidarity and Friendship Year 2022 as well as the 60th anniversary of diplomatic ties and the 45th anniversary of the Treaty of Friendship and Cooperation.
It aims to further promote the Vietnam-Laos great friendship, special solidarity and comprehensive cooperation, and strengthen the implementation of cooperation projects between HCMC and Laotian localities.
The delegation had a meeting with Vietnamese people who are living in Laos and will visit Vientiane Capital, Savannakhet and Champasak provinces.

The delegation of Ho Chi Minh City high-ranking officials has a five-day official visit to the Lao People's Democratic Republic from May 25-29.
Vice Mayor of Vientiane, Mr. Phoukhong Bannavong, representatives of departments of Vientiane and Vietnamese Ambassador to Laos Nguyen Ba Hung received the delegation of Ho Chi Minh City high ranking officials at Wattay International Airport, beginning the five-day official visit to Laos from May 25-29.
On May 26, the delegation had a working session with Laotian leaders at Vientiane , laid a wreath at a monument dedicated to unknown martyrs in Vientiane, and visited the Vientiane-Ho Chi Minh City Friendship High School. Afterwards, Secretary of HCMC Party Committee Nguyen Van Nen and the city’s leaders will have a meeting with Mr. Anouphap Tounalom, Secretary of the Party Committee and Chairman of the People’s Council of Vientiane and Laotian students who studied in HCMC. 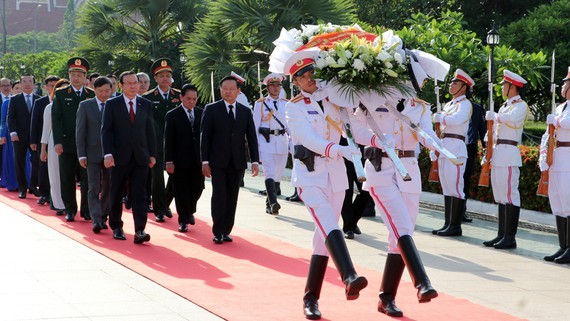 The delegation of HCMC's leaders lays a wreath at a monument dedicated to unknown martyrs in Vientiane. (Photo: SGGP) 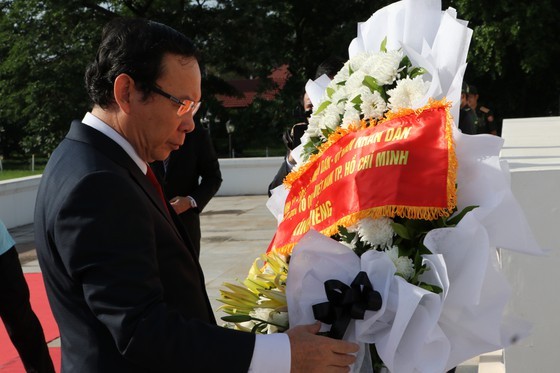 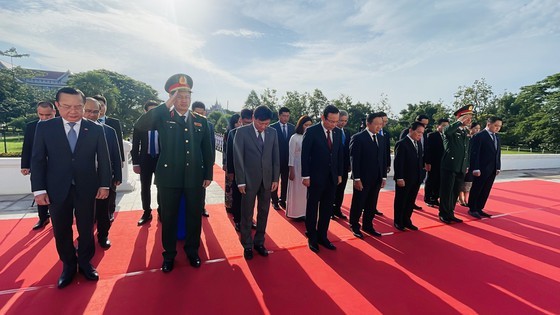 The delegation observes a minute of silence to commemorate fallen soldiers. 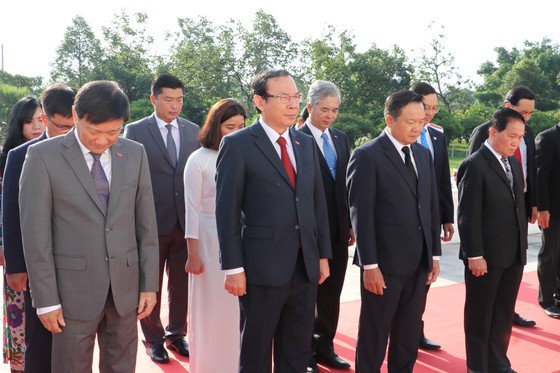 The delegation pays tribute to martyrs. 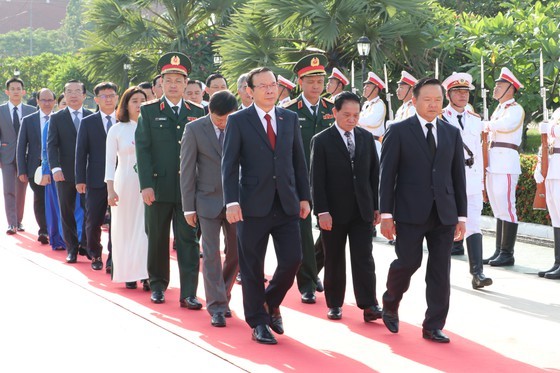 The delegation of HCMC's leaders visits the monument dedicated to unknown martyrs in Vientiane.