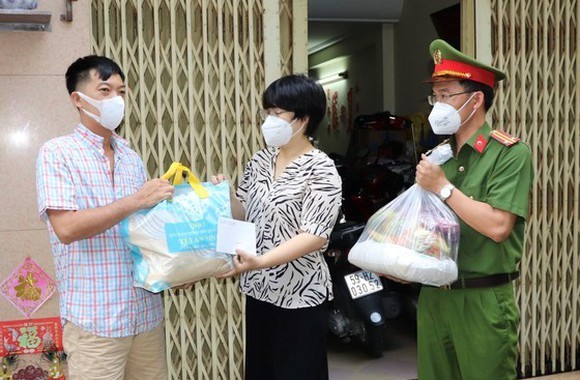 Deputy Chairman of the People’s Committee of District 8 Nguyen Thanh Sang reported that the district has implemented the first and second financial support packages for the poor. However, 6,140 cases of self-employed workers and needy families have not received the support as they came back to their hometowns or performed the isolation at medical facilities.
Deputy Chairwoman of the People’s Committee of Go Vap District Dao Thi My Thu informed that the district has given the support to over 125,300 cases. Of these, a total amount of more than VND193 billion (US$8.5 million) has went to small business traders at traditional markets affected by the pandemic.

As for Hoc Mon District, Deputy Chairwoman of the District People’s Committee Le Thuy My Chau said that 100 percent of unemployed workers and 99 percent of self-employed and poor people received support from the locality.

Similar to the above localities, Binh Tan District has supported over 35,700 self-employed workers, more than 144,000 needy households with a total amount of nearly VND270 billion (US$11.9 million). Besides, the locality also distributed nearly 216,000 gift bags for each household. 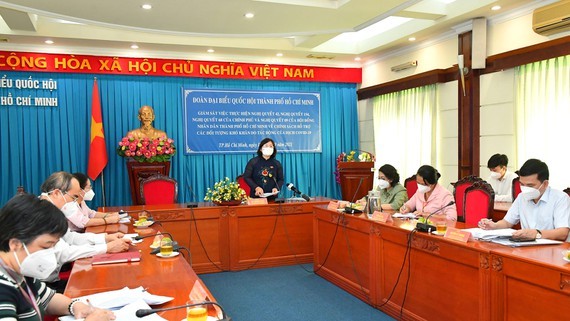 After listening to the districts’ reports related to social welfare implementation during the pandemic outbreak, Head of the Culture and Society Commission under the HCMC People’s Council Cao Thanh Binh highly appreciated the positive results and efforts of the localities. He also suggested the districts should continue to review and ensure all subjects eligible for receiving the city's social welfare policies.
Deputy Head of the Ho Chi Minh City’s National Assembly delegation Van Thi Bach Tuyet highlighted the localities’ efforts on implementing social welfare activities for poor people, contributing to sharing difficulties with residents at the current tough time.