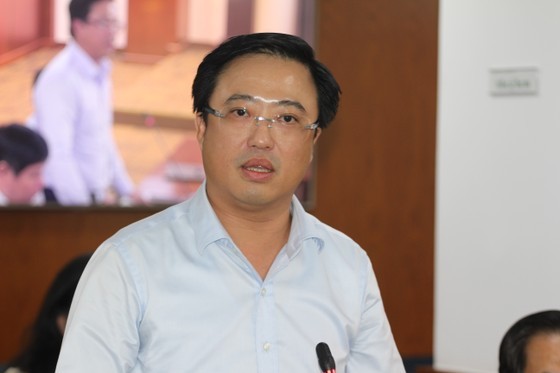 Speaking at a regular press conference to inform about the epidemic and socio-economic situation in the southern largest city yesterday, Deputy Director of the Department of Industry and Trade Le Huynh Minh Tu said the current petroleum supply in Ho Chi Minh City has been less difficult than before.

Despite difficulties due to the supply affected by world gasoline prices and two domestic oil refineries, city leaders in the southern metropolis together with businesses are trying to ensure the supply of the special commodity for the market, said Mr. Tu.

Responding to newspaper articles on the lack of gasoline in some places, the Deputy Director of the Department of Industry and Trade confirmed that the shortage of fuel occurred at several private gas filling stations whose operations are dependent on their distribution businesses and transport businesses. For businesses with a distribution system, the supply of fuel is relatively stable because they have warehouses and transportation systems.

Upon the question about the situation of Covid-19 vaccines for children at the press conference, Deputy Chief of the Office of Health Department Le Thien Quynh Nhu said that according to information from the National Immunization Program, about 300,000 doses of Moderna vaccine for children will be imported into Vietnam along with about 1.2 million doses of Pfizer vaccine. These vaccines will then be distributed to localities.

Regarding the second case of monkeypox infection recently recorded in Ho Chi Minh City, Mr. Nguyen Hong Tam, Deputy Director of the municipal Center for Disease Control, said that the two patients claimed that when they came to Dubai, they lived in the same house. The case was detected through the surveillance system and the first patient's report.

Up to now, those who have come into contact with this patient are all abroad. After the second patient got off the plane, she was taken to the Hospital for Tropical Diseases for isolation and treatment; thereby, she has not been in contact with anyone, so no one is at risk of infection. Currently, the second patient doesn’t have a fever and is in stable condition.

According to Mr. Nguyen Hong Tam, the health sector has learned from these two cases that upon arrival, people with disease symptoms need to actively report to the authorities for timely isolation and treatment.