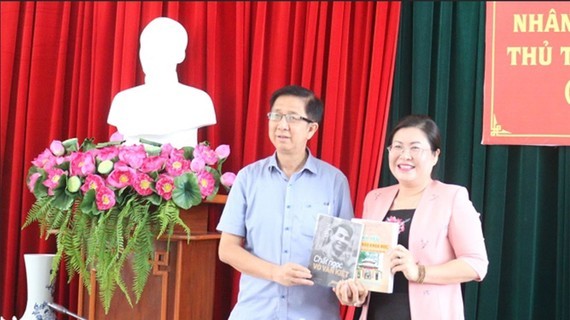 Representatives of the Propaganda and Education Boards of the Party Committees of HCMC and Vinh Long Province at the book handover
Ms. Nguyen Thi Minh Trang, a representative of the Propaganda and Education Board of Vinh Long Province’s Party Committee expressed her sincere thanks for the handover of books taken by the city on the occasion of Prime Minister Vo Van Kiet’s 100th birth anniversary (November 23). It provides more documents of the life and revolutionary career of the late PM and people’s affection for a shining example of revolutionary morality. 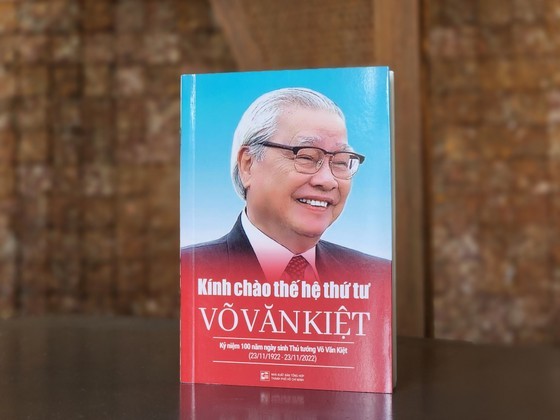 A new book on late PM Vo Van Kiet is released.
The late PM Vo Van Kiet, also known as Sau Dan, whose real name is Phan Van Hoa was born on November 23, 1922, in the Mekong Delta province of Vinh Long. He was an excellent student of late President Ho Chi Minh.

He had received the Sao Vang (Golden Star) Order, the State’s highest distinction, for his immense contributions to the Vietnamese revolution over the past 70 years. The late PM was loved by many Vietnamese people for his services to the country. He passed away on June 11, 2008.