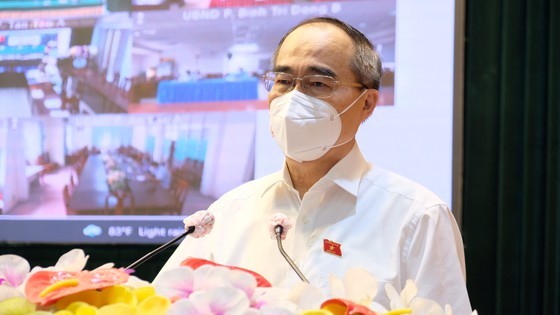 As currently, workers are residing in many dilapidated rental houses in HCMC’s Binh Tan District which can’t guarantee the epidemic prevention regulations. Therefore, voters suggested that there should be a housing plan for workers so that they feel secure contributing more to the development of Ho Chi Minh City after the epidemic.

On behalf of the National Assembly Deputies Unit No. 6 in HCMC, National Assembly deputy Nguyen Thien Nhan listened to voters’ opinions in Binh Tan District. He also informed some information including epidemic prevention and control, policies to support city dwellers. Mr. Nguyen Thien Nhan said, leaders of Ho Chi Minh City and all agencies, sectors have focused on preventing and controlling the Covid-19 epidemic to bring the southern metropolis to return to the "new normal" state. He disclosed the municipal People's Committee of Ho Chi Minh City will organize a meeting to review the fight against Covid-19 in the past four months.

Voter Ta Phuong Dong in Binh Hung Hoa A Ward said that many shelters Binh Tan District where workers are living are in poor repair. Therefore, local authorities should have a housing plan for workers so that they can live happily.

Regarding the matter that people leaving Ho Chi Minh City for their hometown, Mr. Nhan said that in the past time, the Government and city administrators have had many support packages to help people. All organizations and agencies have joined hands to give support to dwellers. However, many people still decided to go back to their hometown because they have no money.

He believed that when Ho Chi Minh City summarizes the epidemic prevention and control work, the government in HCMC and their peers in localities will give more support to laborers returning to Ho Chi Minh City to work and live. 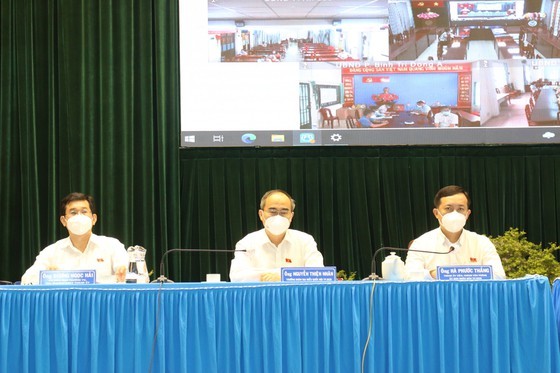 At the virtual meeting (Photo: SGGP) 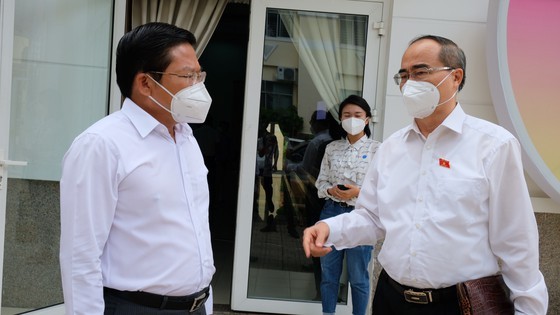