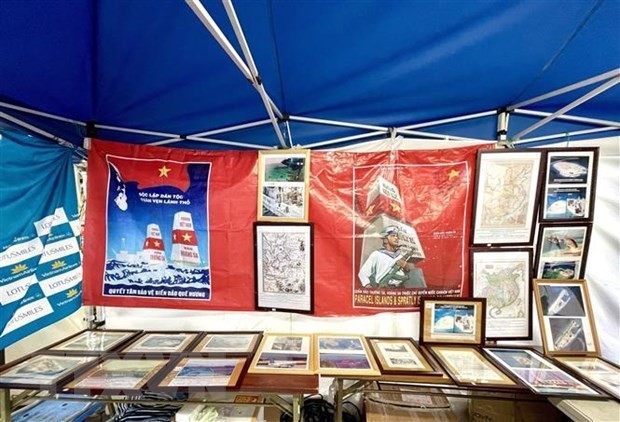 Posters, documents and photos displayed at the booth (Photo: VNA)

The trade fair was co-hosted by the Vietnamese Consulate General in Osaka and the non-governmental organization Japan-Vietnam friendship association on August 27 and 28.

The event was attended by various Vietnamese and Japanese producers, importers and exporters of consumer goods as well as Vietnamese restaurants in Japan.