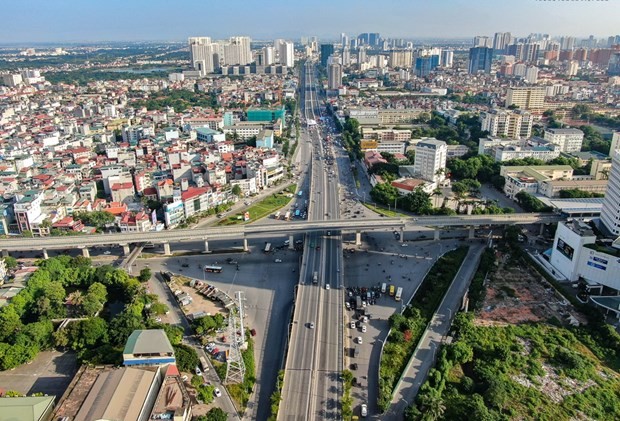 Vietnam is still a safe and attractive destination for foreign investors (Photo: VNA)

This year is forecast a good year for foreign direct investment (FDI) attraction, as Vietnam is securing its image as a safe, attractive and promising destination for foreign investors.

Do Nhat Hoang, head of the Foreign Investment Agency under the Ministry of Planning and Investment, said that thanks to the policy, the FDI poured into sectors with high risk of environmental pollution and using outdated technologies such as weaving and dyeing has decreased, while FDI flows to high-quality projects using green and renewable energy have increased.

Notably, Danish LEGO Group has announced a plan to construct a 44-hectare factory in Binh Duong at a cost of over US$1 billion in the southern province of Binh Duong. Work on the project will start in the second half of 2022 and the factory is scheduled to become operational in 2024. This will be LEGO's first carbon-neutral factory that has a solar energy system, ensuring that it will not cause environmental pollution or release dust and waste.

Singapore has been the largest investor in Vietnam with over $1.7 billion, followed by the Republic of Korea with over $1.4 billion, as well as China and Japan.

Experts held that Vietnam will enjoy a fruitful year in FDI attraction thanks to its efforts in administrative reform, the fast recovery of the global supply chain and the increased consumption power.

Nakajima Takeo, Chief Representative of the Japan External Trade Organization (JETRO) in Hanoi held that recently, Japanese FDI flow to Vietnam has been adjusted with higher number of projects in retail and service sectors to serve the domestic market and for export, thus making full use of free trade agreements that Vietnam has signed.

Along with Japanese firms, investors from Europe, the RoK and the US have shown interest in the Vietnamese market, which showed their confidence in the safe, attractive and promising destination of Vietnam.

He advised localities to further develop the quality of human resources to become ready for FDI projects with high technologies from developed countries. They should also offer better policies to encourage foreign investors, while strengthening the connections between FDI firms and local enterprises, thus enhancing the value and efficiency of FDI projects in Vietnam.