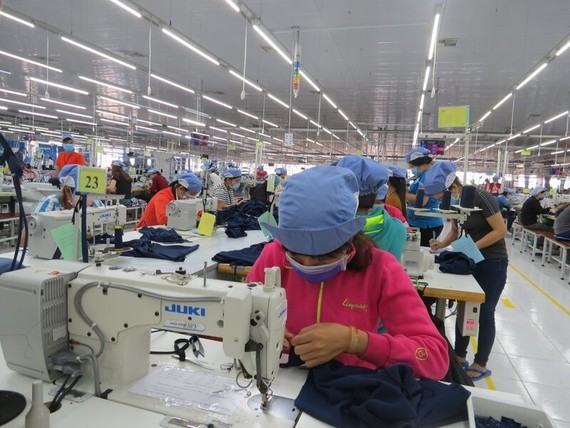 Current global economic fluctuations, rising inflation, and low consumer spending is pushing businesses into a corner where lower demand has compelled scores of businesses to lay off tens of thousands of workers in a matter of days.

In early November, the Ty Hung Company Ltd in Ho Chi Minh City, with 100 percent capital from Taiwan and specializing in leather shoes for export, announced the termination of labor contracts of 1,200 workers from 1 December 2022. According to the announcement made by the Ty Hung Company Ltd, the economic downturn has affected their business partners due to which export orders have been canceled. The company has now reduced the scale of production. Also in November, the Vietnam Sanho Company Ltd which has 100 percent South Korean investment and specializes in the export of shoes, said it expects to terminate the contract of about 1,500 employees at the factory located in Cu Chi District in Ho Chi Minh City due to lack of orders.

Many textile and garment enterprises are also facing a shortage of orders after the main export markets of the textile industry such as the US and European Union decreased orders by 40 percent to 60 percent . It is forecast that in the first quarter of 2023, enterprises will not have new customers which has caused competition for orders to become quite fierce. Many customers offer a price of only 40 percent to 50 percent, so many businesses have had to cut labor and production costs and scale.

The wave of workers leaving jobs due to lack of orders took place not only in Ho Chi Minh City but also in a number of other provinces and cities across Vietnam. The Sanho Company not only laid off workers in their branch in Ho Chi Minh City but also in An Giang province where the company is planning to lay off 5,300 workers until the end of the year. In Binh Duong province, from the beginning of the year up to now, about 28,000 workers have been laid off without pay, and 240,000 workers have reduced their working hours. According to the Management Board of Da Nang Hi-Tech Parks and Industrial Parks, it is expected that from now until the Lunar New Year, 4,800 workers in industrial zones will lose their jobs, or face reduced working hours and reduced wages.

According to a survey by the Vietnam General Confederation of Labor, up to now, 25 localities, units, and industries have reported that their employees have been affected by the loss of jobs. In particular, the industries most affected are mainly wood processing, textiles, footwear, and some electronics, food, services, and tourism enterprises. Not only domestic enterprises but also Foreign Direct Investment (FDI) enterprises have been strongly affected and forced to lay off workers. Out of 441 affected enterprises, there are 331 FDI enterprises accounting for more than 75 percent, with a total of 624,786 employees in 25 provinces and cities.

These are mainly concentrated in the Southern region and account for 68 percent. In total, 562,400 employees have had their working hours reduced; 31,370 employees have had their contracts terminated; 31,012 employees are on unpaid leave or have had their contracts suspended or totally stopped working. Indeed, this is a force majeure situation for enterprises. Because if they could maintain operations, they would never have allowed their workers to quit, because the recruitment and training process later will once again take a lot of time, effort, and money.

Tet will be a sad occasion for many businesses that have stopped operations or have partially remained open. Many businesses are stressed about paying their workers' salaries, but the situation is beyond their control.