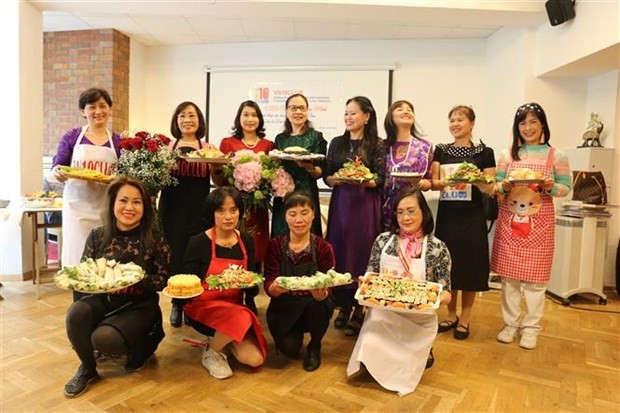 Members of the club prepare traditional food to introduce at the event (Photo: VNA)

Addressing the event, Vice President of the club Ta Kim Lien said that through the event, the club aims to promote Vietnamese culture in Germany, along with its efforts in popularising Vietnamese arts in the European country.

Meanwhile, Nguyen Minh Hanh, the wife of the Vietnamese Ambassador to Germany, underlined the meaning of the event to the Vietnamese community in Germany.

She underlined that culinary culture is a pride of Vietnam all over the world. In Germany and Berlin in particular, traditional food of Vietnam has been popular and present in many districts across the capital city of Germany, she said.

Hanh added that the event is not only an important cultural diplomacy activity, but a chance to strengthen mutual friendship and exchange between Vietnamese people and foreign friends in Germany and the world in general.