Vietnam unable to give up coal power in near future

At the meeting, Minister of Industry and Trade Nguyen Hong Dien said that Vietnam is boosting production and restoring economic development after the Covid-19 pandemic, so raw materials including coal are in great demand. The diversification of potential coal supply sources is an urgent requirement for Vietnam. 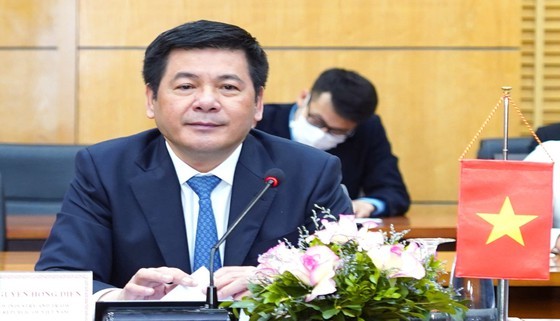 Minister of Industry and Trade Nguyen Hong Dien at the meeting
Because South Africa produces nearly 260 million tons of coal in 2020 with 30 percent of the amount for exports, Minister Nguyen Hong Dien asked the South African Ambassador to help link up Vietnamese companies such as Vietnam National Coal and Mineral Industries Group, Vietnam Electricity Group, and Dong Bac Coal Corporation with their potential counterparts in the coal and mineral sectors in South Africa so that they could start buying the coal this month and May. The types of coal produced by South Africa are of good quality, with technical regulations suitable to the technology of coal-fired power plants and manufacturing industries of Vietnam.

In addition, Minister Nguyen Hong Dien also hoped that the two sides would soon agree on a time for signing a memorandum of understanding between the two governments on cooperation in the field of minerals between the two countries. 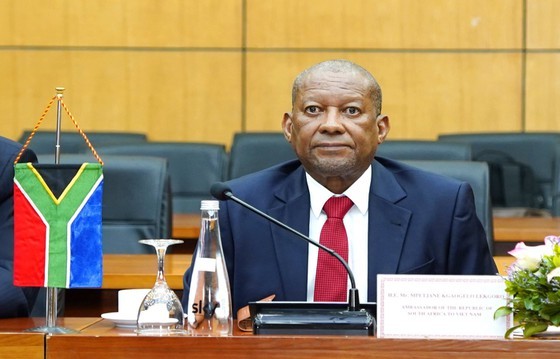 Ambassador Mpetjane Kgaogelo Lekgoro
Promising to help Vietnam connect with potential companies in the coal and mineral sectors, Ambassador Mpetjane Kgaogelo Lekgoro affirmed that South Africa always attaches importance to and wishes to further promote trade, energy and mineral cooperation with Vietnam. The Ambassador said he would work closely with the Ministry of Industry and Trade of Vietnam and relevant domestic agencies to promote the resolution of the issues mentioned by Minister Nguyen Hong Dien.

Immediately after this meeting, the ambassador will return home to discuss with the South African Ministry of Natural Resources and Minerals about the coal supply to Vietnam as well as support to connect coal import and export businesses between the two countries. Ambassador Mpetjane Kgaogelo Lekgoro also suggested that Vietnam create favorable conditions for some of South Africa's exported products to access the Vietnamese market.

Previously, at the meeting with Australian Ambassador to Vietnam Robyn Mudie on April 1, Minister of Industry and Trade Nguyen Hong Dien talked about plans for coal import from Australia for the Southeast Asian country’s energy security and environmental protection. Vietnam is seeking additional coal supplies from Australia which is among the world’s largest coal exporters, with its annual coal output exceeding 200 million tons. Vietnam wants to import around five million tons of coal from Australia amid a domestic shortage.