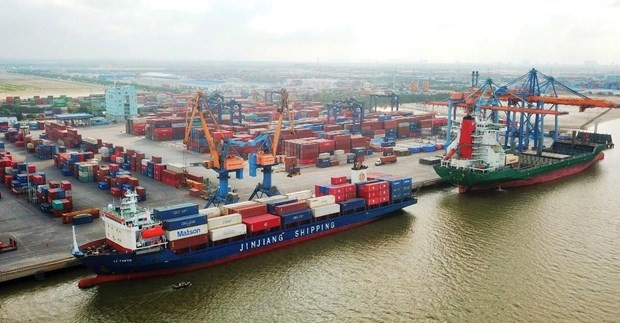 Of the figure, more than VND173 trillion, or 86 percent, was non-State budget capital, according to the Vietnam Maritime Administration.

Many of the world’s leading maritime transport and seaport operating enterprises have been present in the country.

Among them, the Danish group of APMT, the world’s second largest seaport operator, has invested in the Cai Mep International Terminal in Ba Ria - Vung Tau province; the UAE’s DP World, the fifth largest operator, has invested and operated the Saigon Premier Container Terminal in HCMC; and SSA Marine of the US, ranking ninth, has channeled funding into the SP-SSA International Terminal in Ba Ria - Vung Tau.

Thanks to private and foreign investment, the seaport system in Vietnam has enjoyed breakthrough growth.

The country has established 32 sea lanes, including 25 international shipping routes and seven domestic ones. Apart from the routes linking with Asian destinations, there are two routes to North America from the northern region and 16 others to North America and Europe from southern Vietnam, the Maritime Administration said.

The master plan for seaport development during 2021 - 2030, recently approved by the Prime Minister, looks to develop a modern seaport system with high-quality services meeting socio-economic development demand and able to handle 1.14 - 1.42 billion tons of cargo, including 38 - 47 million TEUs of container goods.

To that end, about VBD313 trillion is needed, mostly from non-budget sources, enterprises’ investment, and other legal sources. Meanwhile, funding from the State budget will focus on public maritime infrastructure and key zones so as to give a boost to investment attraction, the administration noted.

Some economic experts held that to have a modern seaport system that is able to compete with others in regional countries, aside from existing investment forms, Vietnam should have representative agencies of the State like port management boards or authorities to mobilize resources for building ports and inviting tenders for port operation.