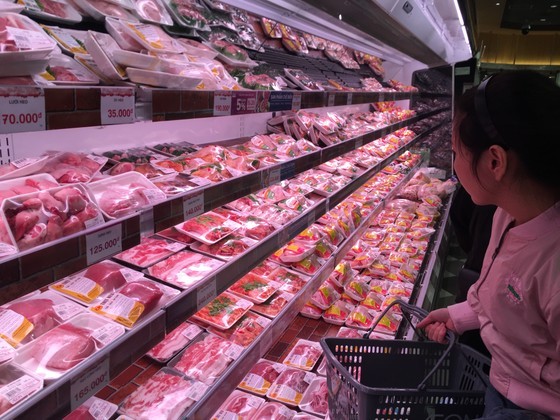 Vietnam imports about 89,000 tons of pork in the first ten months of this year. (Photo: SGGP)

The figures showed year-on-year decreases of 34.4 percent and 39.6 percent in volume and value, respectively.

In the first ten months of 2022, Vietnam imported pork from 30 markets, including Brazil (37.3 percent), Russia (24.9 percent), Germany (12.8 percent), Canada (8 percent), and the Netherlands (4.7 percent). Except for Brazil, the amount of pork imported from the other markets decreased compared to the same period in 2021.

Meanwhile, in October this year, the country earned $5.77 million from exporting about 1,000 tons of pork, up 113.3 percent in volume and up 68.6 percent in value. Vietnamese pork is mainly exported to Hong Kong and Laos.

According to the Agency for Foreign Trade under the Ministry of Industry and Trade, the amount of exported pork accounted a small proportion of the country’s total pork output due to limitations in processing, market forecasting for production adjustment and disease prevention and control.

Pig breeding costs in Vietnam are higher than the world’s average, resulting in the lower competitiveness of the country's pork.

As Tet (Lunar New Year) is approaching, the domestic demand for cattle and poultry meat is expected to increase but the hike will not be high because of abundant supplies, according to the department.

In 2023, Vietnam's livestock sector strives to achieve an output of more than 4.5 million tons of live pigs and pork prices are expected to rise by 5 percent thanks to increased demand and reduced supply.