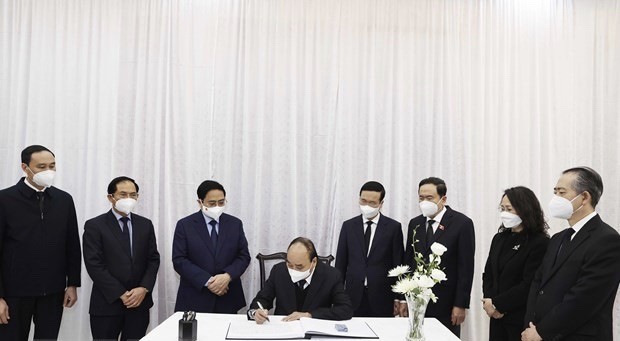 In their letters sent to Chinese Party General Secretary and President Xi Jinping, Premier Li Keqiang, Chairman of the Standing Committee of the National People's Congress of China Li Zhanshu and the family of the deceased, they affirmed that Jiang was an eminent leader of the Chinese Party and State who was dedicated to the cause of revolution and construction of socialism with Chinese characteristics. He also made important contributions to the normalization and development of Vietnam-China ties.

The Party, State and people of Vietnam always appreciate and remember the great contributions of Jiang to the ties between the two Parties and countries, they wrote.

They also sent wreaths to the Chinese Embassy in Vietnam in commemoration of his death.