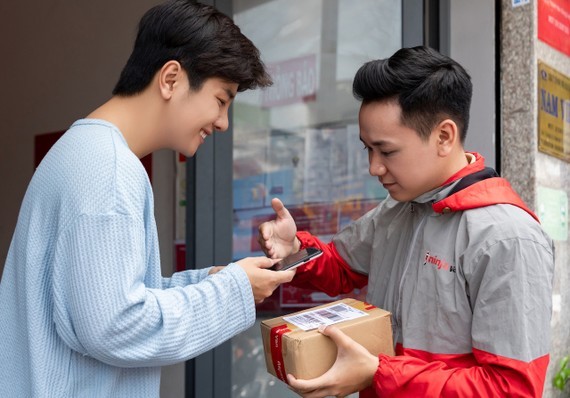 Ninja Van Group has just published a research report on cross-border e-commerce business. According to the report, Vietnam is the leading country with an average number of online purchases of up to 104 orders per year.

Around 73 percent of survey respondents said that they regularly shop on e-commerce shopping platforms and 59 percent said they have ordered or shopped on international websites many times. In addition, the majority of Southeast Asia survey respondents are familiar with cross-border purchases within Asia or around the world.

Particularly, in 2022, the number of Vietnamese people shopping online will reach more than 51 million, up 13.5 percent over the previous year, and total spending on online shopping will reach US$12.42 billion.

At the same time, Google and Bain & Company forecast that the scale of Vietnam's digital economy will exceed US$52 billion and the Southeast Asian country will hold the third position in the ASEAN region by 2025.

In a report from Ninja Van Group, Vietnam currently accounts for 15 percent of the total online shopping market in Southeast Asia, just after Thailand with 16 percent and on par with the Philippines. The report shows that Vietnamese people love online shopping, and the country is leading the region in many indicators.

According to another report from Statista, Vietnam is forecast to own the second largest e-commerce market in Southeast Asia, only after Indonesia in 2025. Currently, Vietnam has an average purchase size (ABS) with $26, higher than the two most populous countries, including Thailand with $25 and Indonesia with $18.

In the Vietnamese market, Ninja Van Vietnam is shipping 300,000 orders everyday from online business stores, and large and small businesses in 64 provinces and cities nationwide. Simultaneously, the group has a system of more than 200 business agents which check and support e-commerce sellers to ensure service quality and delivery time.