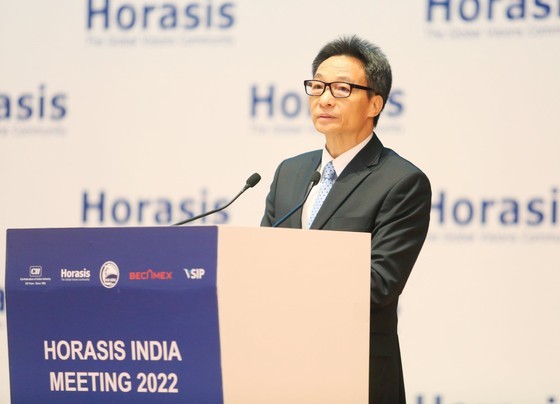 Mr. Dam speaks at the event

Today ( Sep 26 ), the opening ceremony of the Horasis 2022 India Economic Cooperation Forum with the theme: Dynamic Vietnam - New Vision took place at the Convention and Exhibition Center in the Southern Province of Binh Duong.

According to Deputy Prime Minister Vu Duc Dam, Vietnam has made great achievements with an increase in Gross Domestic Product (GDP) from US$4 billion to nearly $400 billion in 2022 after nearly four decades of renovation.

Vietnam has gradually built a fairly solid economic foundation, showing its ability to adapt in the most difficult times, especially during the Covid-19 pandemic. As soon as the epidemic was basically controlled, the country soon opened up, brought production and business activities back to normal, the macro-economy remained stable, inflation was controlled at a low level, and economic balances were restored.

Many prestigious international organizations such as Moody's, Fitch, or Nikkei Asia have positively assessed the prospect of Vietnam's economic recovery and development. Obviously, in the challenge, both find many opportunities to rise up and even make strong breakthroughs.

With an aspiration to turn Vietnam into a developed and high-income country by 2045, the Vietnamese government affirms its view that the foreign-invested economic sector is an important part of the economy; hence, the success of foreign investors is also the success of Vietnam. 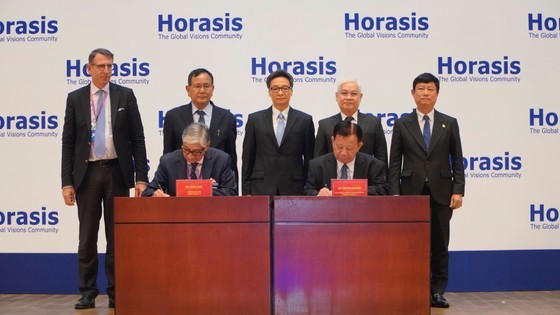 Mr. Dam witnesses the signing of the Memorandum of Understanding on cooperation in innovation and sustainable development between Becamex IDC Corporation and the Confederation of Indian Industry,
Subsequently, the Vietnamese government committed to creating the most favorable environment for businesses with priority on high-tech fields, facilitating participation in global value chains in addition to the promotion of innovation, digital transformation, green economy, and circular economy. Moreover, the country has actively contributed to the implementation of the United Nations' Sustainable Development Goals.

The Deputy Prime Minister also wished that the forum would discuss in-depth solutions to promote green growth and sustainable development, making Vietnam an important and key bridge between India and Southeast Asian regions.

At the opening session, there was also a signing ceremony of the Memorandum of Understanding on cooperation in innovation and sustainable development between Becamex IDC Corporation and the Confederation of Indian Industry, in order to continue implementing the cooperation, establishing and developing commercial links between the two organizations with a focus on fields such as information technology, healthcare, electronics, promoting capacity development through centers, innovation projects and sustainable development.