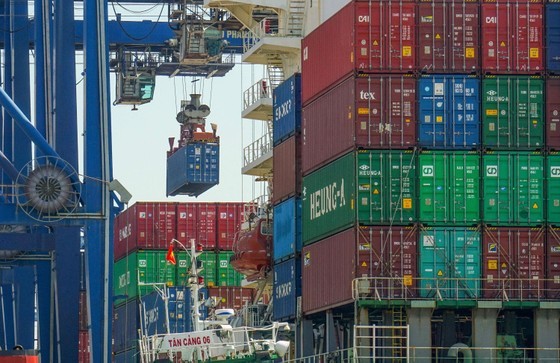 Thirty-five commodities report an export turnover of more $1 billion each, with eight surpassing the $10-billion mark, accounting for 93.7 percent and 70.1 percent of the total, respectively.

Forty-five products see the import value of over $1 billion, and six over $10 billion making up 93.2 percent and 52.3 percent of the total, respectively.

The US is Vietnam’s biggest importer in the period, with the turnover estimated at $101.5 billion while China is the country’s largest exporter, with $109.9 billion.

In the period, Vietnam also records a trade surplus of $29.4 billion with the European Union, and a trade deficit of $56.9 billion with China.

To promote export, Deputy Minister of Industry and Trade Do Thang Hai affirmed that in the last month, his ministry will a focus on supporting businesses in finding alternative suppliers of raw materials with suitable prices to ensure sufficient raw materials and fuel for production and consumption, and to make good use of signed free trade agreements to speed up production and export.

The facilitation of administrative procedures for enterprises will be further promoted through the application of digitalization, typically in tax refund, import and export customs, and issuance of the Certificate of Origin.