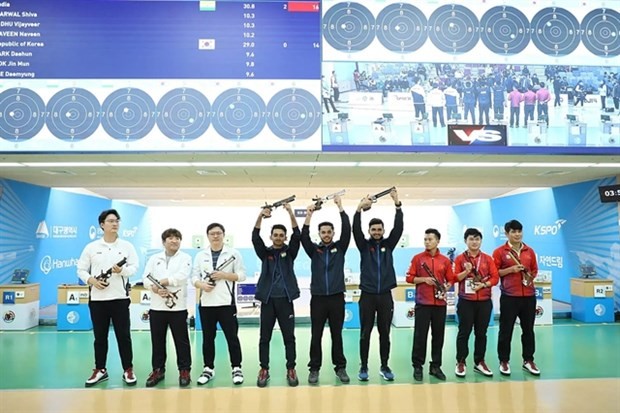 Vietnamese marksmen (right) pose with their bronzes with other athletes after the men's team 10m air pistol event at the 15th Asian Airgun Championship in Daegu, South Korea. (Photo: asia-shooting.or)

Indian marksmen took the gold while the host athletes secured the silver.

Vietnam sent a team of six athletes and two coaches to the tournament, which closed on November 19.

This is the first championship that will be counted towards the new Asian Ranking System.

The Vietnamese athletes will next take part in the Southeast Asian championship from December 1-10 in Thailand.