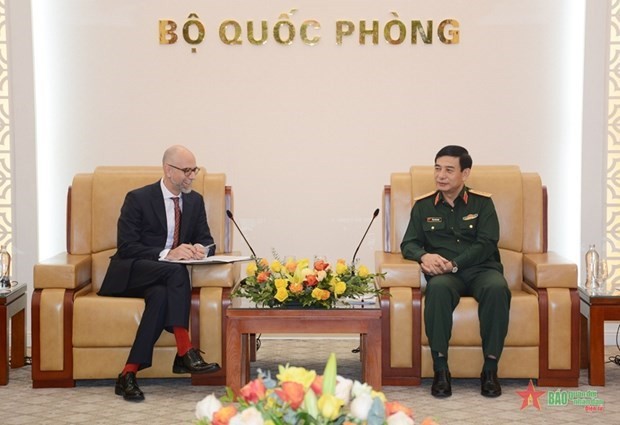 Congratulating the new Canadian ambassador on his appointment, Giang said he believes that the Ambassador will have a successful term in Vietnam, contributing to the further development of the Vietnam - Canada comprehensive partnership and the defence cooperation relationship between the two countries.

He said bilateral cooperation in defence has produced positive results in a number of areas including exchange of delegations, training, United Nations peacekeeping and maritime security.

Minister Giang wished that the Ambassador will pay attention to promoting defence cooperation in existing fields, and at the same time consider expanding into other potential areas which suit the interests and needs of each country.

He suggested strengthening the exchange of delegations at all levels, maintaining dialogue and consultations, with priority given to training and peacekeeping missions.

Giang hopes that the two sides will have many meaningful cooperation activities to celebrate the 50th anniversary of the establishment of diplomatic relations next year.