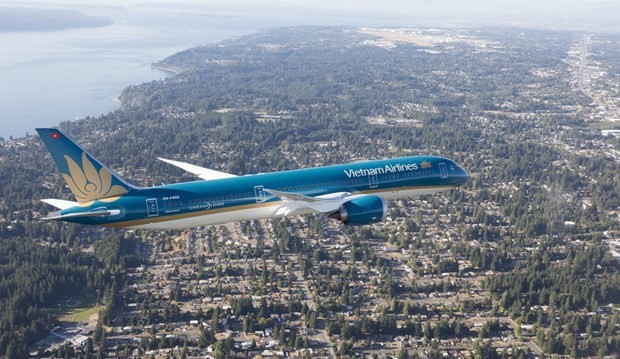 The national flag carrier said Flight VN30, departing Frankfurt Airport for HCMC at 7:40pm on October 6 (Vietnam time), landed at Baku Heydar Aliyev Airport after 4 hours and 35 minutes to give emergency aid to an 18-year-old German who got sick on board.

A doctor and a nurse of German nationality who were also passengers on the flight gave emergency care to the passenger with a health problem, but the condition did not improve.

The flight crew notified the Vietnam Airlines flight operation division of the issue and decided to land at the nearest airport, Baku Heydar Aliyev, at 0:15am on October 7 (Vietnam time).

The carrier cooperated with the ground service department of the Azerbaijani airport, to which it has never conducted regular flights, to help the passenger handle entry, visa application, and emergency transport procedures. It also asked the airport to send staff members to accompany the passenger to the hospital and notified the German Embassy in Azerbaijan of the case.

The flight left Baku Heydar Aliyev Airport for HCMC at 3:38am on October 7 (Vietnam time). It landed at Tan Son Nhat Airport of HCMC at 11:45am the same day, 3 hours and 50 minutes later than scheduled, Vietnam Airlines said.

In the past, the firm had also delayed or made emergency landings for some flights to assist passengers with serious health problems.