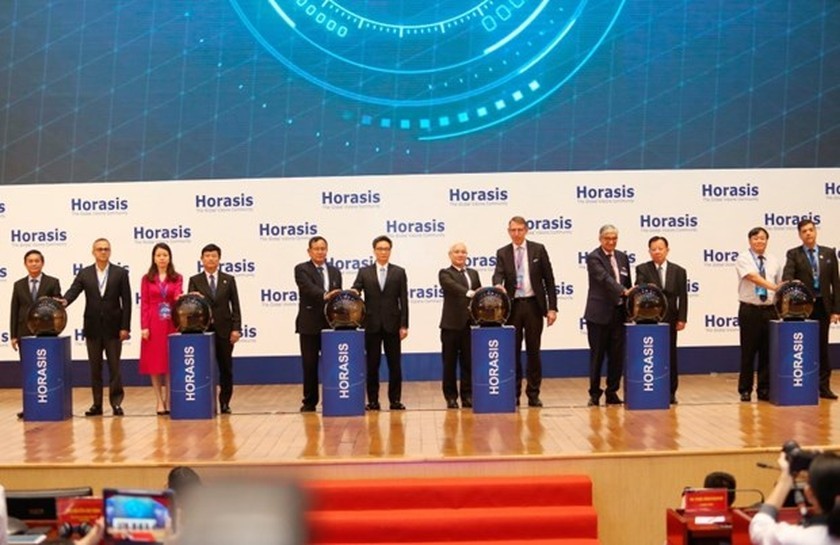 With the theme “Dynamic Vietnam - Its New Vision”, the meeting was attended by Deputy Prime Minister Vu Duc Dam, Minister of State at the Indian Foreign Ministry Rajkumar Ranjan Singh, leaders of Horasis, and delegates from the Confederation of Indian Industry (CII) and Vietnamese ministries and localities.

Participants also debated how to use Vietnam as hub for expansion into Southeast Asia, with the country playing an important role in connecting India with other parts of the region.

“Green and substantial growth measures to make Vietnam become a significant bridge between India and Southeast Asia and other parts of Asia will be discussed in depth,” Deputy Prime Minster Dam said in his opening address. “We strongly encourage innovative solutions to achieve practical results. I hope that this meeting will create an opportunity for parties to share their vision, seek opportunities, and strengthen cooperation for further comprehensive development.”

He added that the Vietnamese Government has a consistent stance of considering the foreign-invested sector as an important component of the economy.

India and Vietnam have a well-developed strategic partnership on various pillars, he went on, especially economic, trade, and investment cooperation at the national level and between localities.

The meeting is an opportunity for the Governments and businesses of the two countries to share their vision, ideas, and action plans for cooperation for mutual development, he said.

Mr. Vo Van Minh, Chairman of the Binh Duong Provincial People’s Committee, said that with 29 industrial parks and 12 industrial clusters, the province has attracted more than 4,000 foreign direct investment projects with total capital of nearly US$40 billion from 65 countries and territories. The province has become the second-largest locality in the country in terms of foreign investment attraction, just behind Ho Chi Minh City.

The 2022 Horasis India Meeting continued on from the success of the Horasis Binh Duong Asia Economic Cooperation Forum 2018 and 2019.

2022 also marks a special time for Vietnam and India, as the two celebrate the 50th anniversary of diplomatic relations.

Minister of State Singh said that India and Vietnam have enjoyed fruitful cooperative relations and these will continue to prosper in the future, and India is open in its investment in and cooperation with Vietnam in general and Binh Duong province in particular.

He expressed his appreciation of the socio-economic achievements posted by the southern province in recent years, believing that with its available conditions, Binh Duong is a good destination for Indian investors and has the potential to develop further.

On this occasion, the Becamex Corporation and the Confederation of Indian Industry signed a Memorandum of Understanding on cooperation in innovation and sustainable development.

Founded in 1895, the Confederation is India’s leading business association, with around 9,000 members.