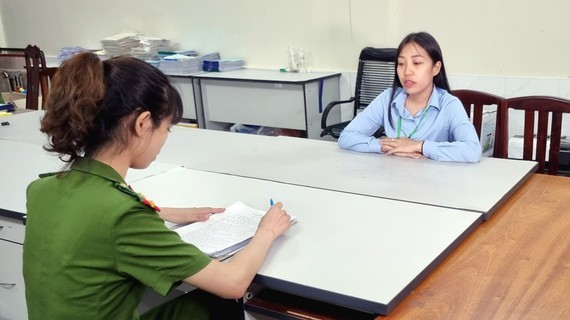 Specifically, Ha (Ha Lee) and Nhi created several social networking sites related to the accused Hang. These two defendants wrote the scripts of the live streams where Hang made speeches insulting other people. They also made a guest list and prepared sound and lighting.

While Hang live streamed, Ha and Nhi updated the questions sent by netizens for Hang and the guests to answer. They also created many pages and Facebook and Tiktok accounts to post the detailed live stream schedule of Hang and, at the same time, directly spread many video clips and information with false content and statements insulting others of Hang. 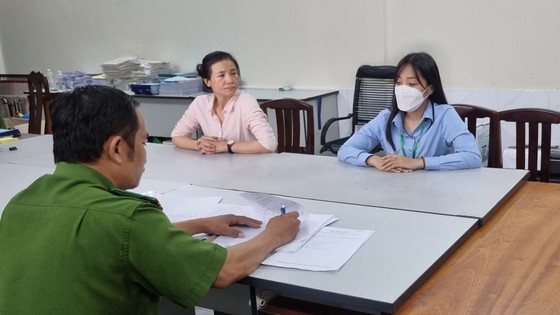 Police work with the accused Nhi (pink shirt) and Ha (blue shirt). (Photo: SGGP)
In the live streams of the accused Hang, Tan played the role of a secretary and a host. In most of these live stream sessions, the accused Tan led the story in the direction of insulting others. 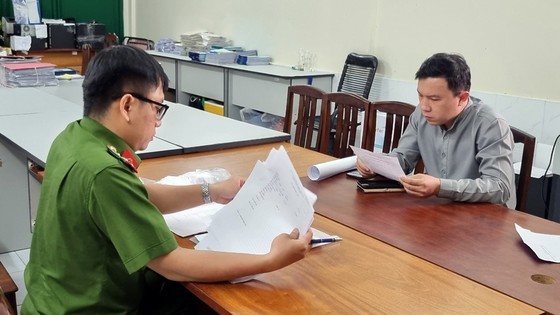 Police work with the accused Tan. (Photo: SGGP)
He also used pictures and video clips on his personal YouTube account with his vulgar and heavily-insulting comments inserted. Specifically, in a horse race held at Dai Nam Racecourse, he used the names of people at odds with the accused Hang to name racing dogs and racehorses and made offensive comments about those characters. 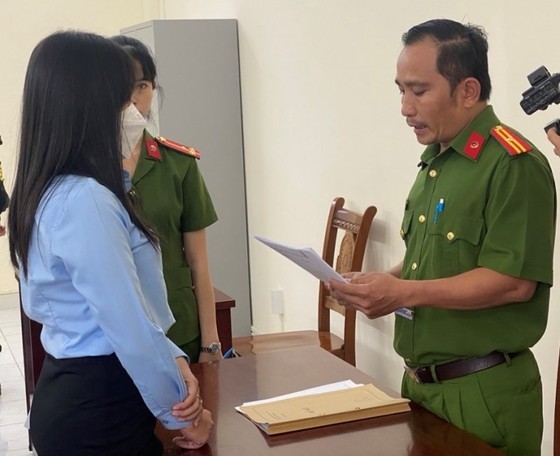 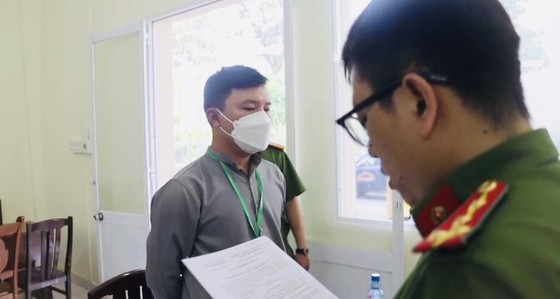 Police serve the decisions to the accused Huynh Cong Tan. (Photo: SGGP)
Previously, on the afternoon of December 1, HCMC Police served the decision to prosecute the accused, the restraining order from leaving the residence, the search warrant of the residence, and the order to suspend exit of the country against Nguyen Thi Mai Nhi, Le Thi Thu Ha, and Huynh Cong Tan on the crime of abusing democratic freedoms to infringe upon the interests of the State and the legitimate rights and interests of organizations and individuals.
By Chi Thach – Translated by Gia Bao