The officers and military troopers were dispatched to support the epidemic prevention and control in HCMC.

In Ward 1, District 6, Ms. Nguyen Thi Nhan, Secretary of the ward’s Party Committee, said their working groups have sent hundreds of social welfare packages and medicine bags to residents in need. They also posted the phone numbers of public servants on duty to support people on time.
The ward on August 23 also received over 20 shopping lists from the residents. They helped direct the flow of shoppers and went grocery shopping for a lot of them as well, and the deliveries were supported by military reinforcement. The locality plans to arrange for fixed shopping packages so people would not have to list each item.
Ms. Lam Hoa Phung, Vice President of Ward 1’s Women’s Union, District 6, said they had 5 teams of shoppers to help people get their grocery through the leaders of each neighborhood group.
The shopping teams buy the groceries starting from 8am every day and deliver them to people’s houses. Payment is through cash or wire transfer. The service is performed once a week per household.
Photos feature troopers, public servants preparing and delivering groceries to people’s doorstep: 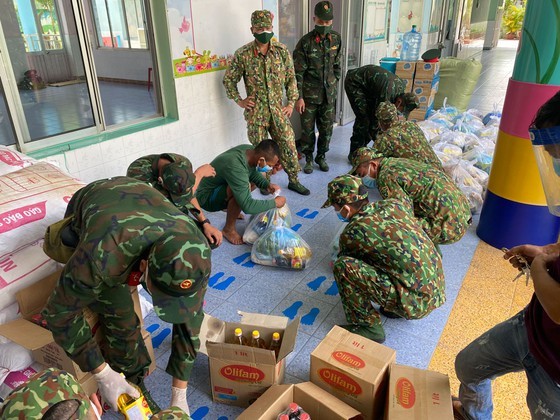 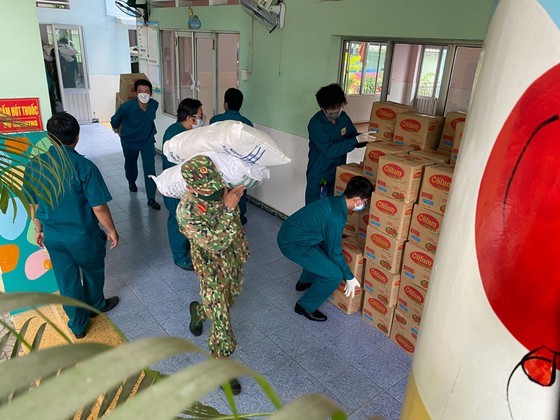 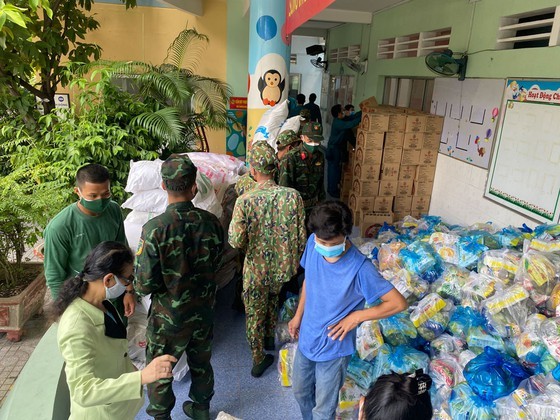 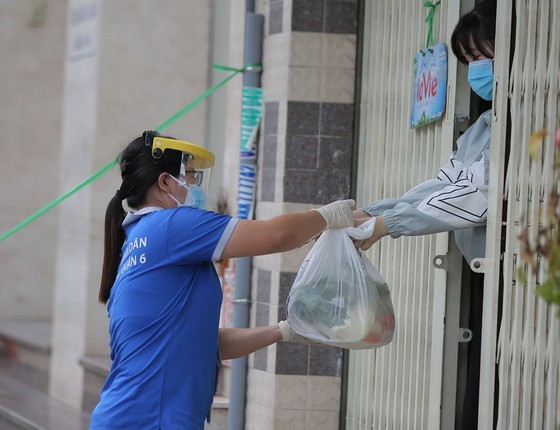 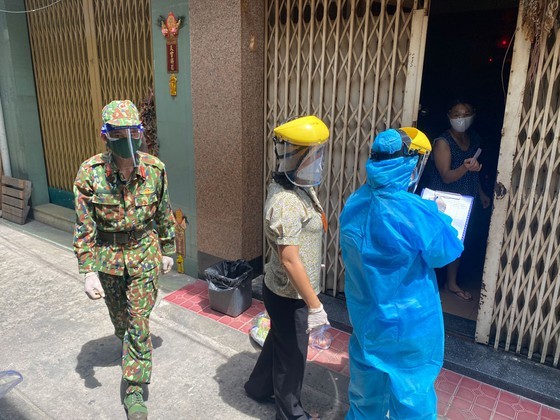 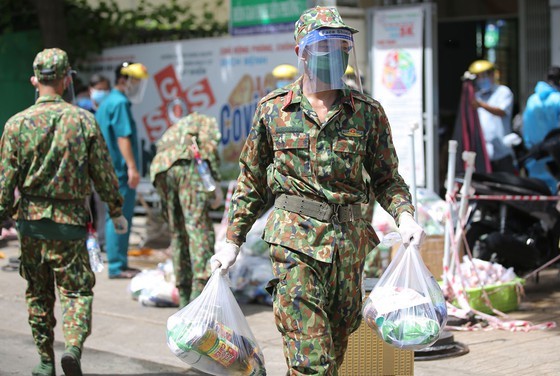 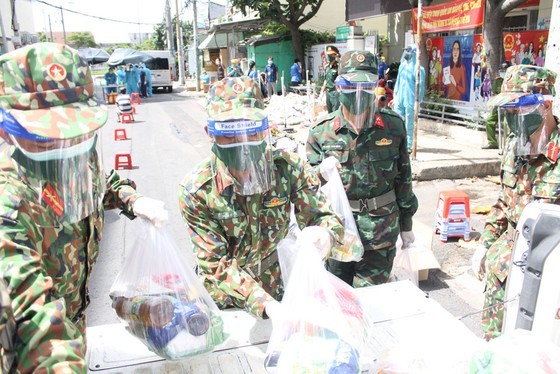 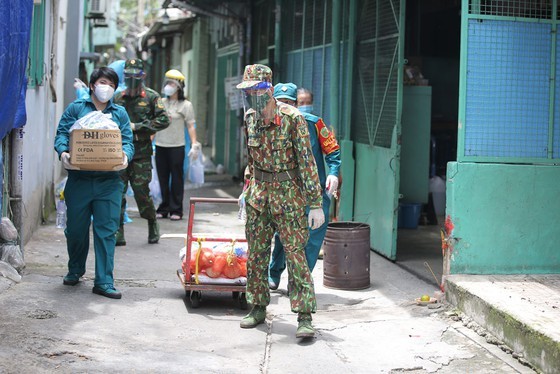 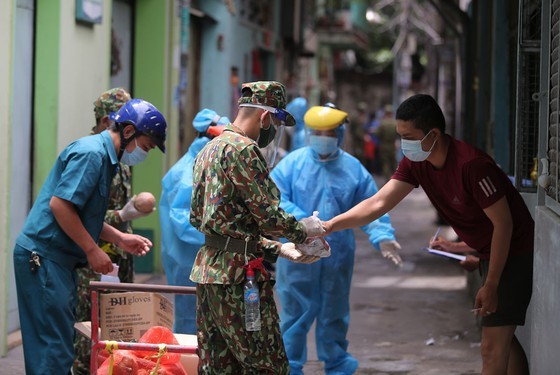