The three-carriage train of Metro Line No.1 has just parked at Long Binh Depot this morning. The 450-ton truck crane was used for placing them to the temporary railway. 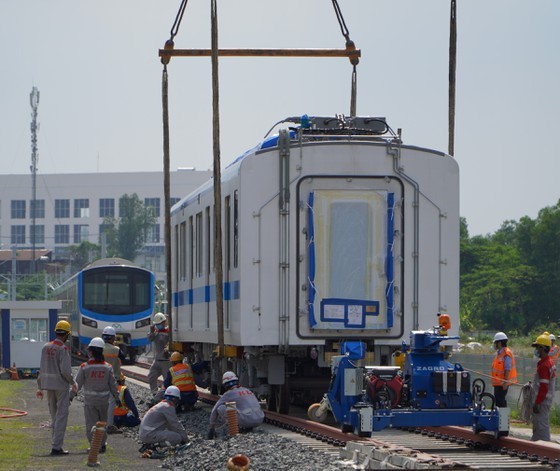 The T1 railway at Long Binh Depot has total length of 200 meters being used for lifting off the carriage trains, assemblage and trial operation.

After the trial run inside the depot, the train will be tested on over-head metro section.

The third three- carriage train parking at Khanh Hoi Port will be delivered to Long Binh Depot in the next days.

The Long Binh Depot has an area of nearly 21 hectares being the central for train control and maintenance of the Metro Line No.1 by 2040.

According to the urban railways development plan, Ho Chi Minh City will have 10 depots serving for exploitation, operation for urban trains with a total area of about 222 hectares.