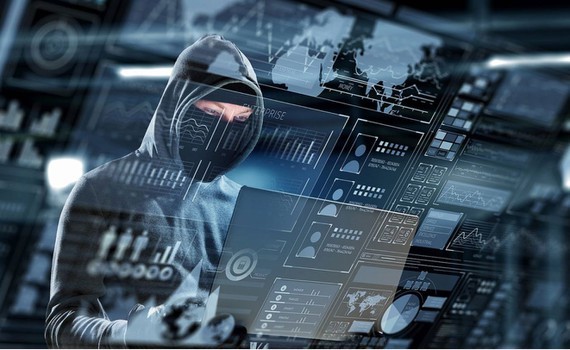 When there is an illicit flow of funds that are illegally earned, transferred, and utilized across an international border they are funds under Illicit Financial Flow (IFF) which is actually the illegal movement of money or capital from one country to another.

In Vietnam we can see several examples of illegal transaction methods that are being applied and illicit capital flow that is in use in day-to-day activities. With reference to illegal transaction methods, many of us are familiar with the methods applied by gold shops, study abroad brokerage centers, travel agencies, transfer of money from overseas Vietnamese into the country and vice versa, which all are not being done through the official foreign exchange transaction channels approved by the State Bank of Vietnam.

If this basic and manual trading method is not thoroughly managed and controlled, the problem of managing highly sophisticated and automated illegal trading methods will become even more difficult in the future, particularly with the fast development of financial markets across the world.

Studies done by the World Bank (WB) show that illegal capital flow and several monetary underground activities behind this capital flow are a huge obstacle to the economy, social, technological, and human development in many countries across the world. Especially in emerging countries, illegal capital flow is a big problem for governments and regulators, because this capital inflow weakens the transparency and governance of financial institutions, blurs the lines between individual and corporate responsibility, limits the enforcement of laws and regulations, and reduces transparency of economic and social systems operating within the country.

All studies show that the impact of illegal capital flow is very large and increasing in size and intensity by the day. Accordingly, emerging countries are expecting to suffer huge economic and social losses because of increasing illegal capital inflow. A report released by Global Financial Integrity indicates that illegal capital flow leads to many consequences that curb the development of the economy, as well as create many cases related to fraud, bribery, and corruption in society.

The reports also show that illegal capital flow accounted for around 14 percent to 24 percent of trade transactions in emerging countries in the period from 2005 until 2014. In addition, the reports also noted that 58 percent of financial institutions and businesses involved in capital mobility activities in emerging countries recorded suspicious transactions, but the management mechanism had difficulty in preventing it.

According to the World Bank, the prevention of illegal capital flow needs the cooperation of financial institutions, businesses and all institutions concerned with the economy of the country. At the country level, the World Bank has developed a risk assessment tool to help emerging countries in identifying and preventing money laundering risks.

However, the challenge here is that many emerging countries have not really included data that reflects reality in the assessment process, leading to many questions about the validity of the evaluation results. At the corporate level, financial institutions and financial market regulators need to have policies, procedures, and regulatory mechanisms in place, both automatic and manual, to prevent and detect illegal capital flow.

Below are given some solutions that financial institutions and regulators can refer to and apply for the long-term:

First, take part in international conventions and study standards on prevention, combating against money laundering, and prevention of financial crimes at a level appropriate to the institutions and level of development of a country.

Third, develop a national strategy for building a framework to prevent illegal capital flow. This strategy should be based on a vision of the development of financial markets, technology, and the sectors that will benefit most from this development.

Fourth, conduct a thorough risk assessment of clients or companies participating in the financial markets. For instance, a hotel business that is known as a karaoke chain, restaurant, or spa raises funds to develop facilities for various related services. Financial institutions and regulators need to look at the truth about the nature of these services and the implications for the cognitive, ethical, and social development influences that will affect an entire generation.

Fifth, make use of automatic tracking systems, and review, analyze, and forecast use of new technology to monitor the movement of capital flow and the behavior of objects in the financial markets. Technologies such as artificial intelligence and advanced analytics are effective and relevant solutions to the changing reality of illegal capital flow today.