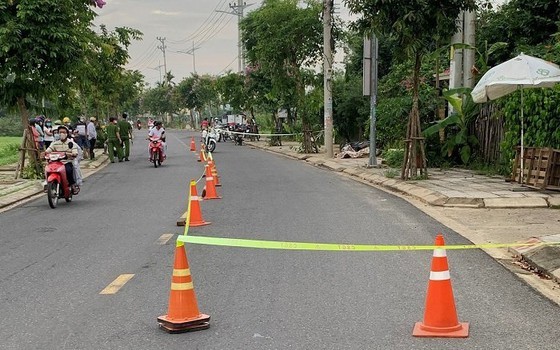 The scene where two British tourists get accident this morning.

According to initial information, the traffic accident occurred in front of a house at 208 Hung Vuong Street, Thanh Ha Ward, Hoi An City at 3:40 a.m. on May 16. The two victims were identified as Denver Christophe Marcus (25 years old) and Thompson Peth May (24 years old) holding British citizen cards. The foreigners got the accident while they traveled by a motorbike from the city of Hoi An to Dien Nam Dong Ward, Dien Ban Town, Quang Nam Province.
Right after receiving the information, the police of Hoi An City were at the scene for inspection and took the bodies of the two foreigners to the morgue of Hoi An General Hospital.

Through initial investigation, the two foreigners drove a motorbike and crashed into a roadside power pole.