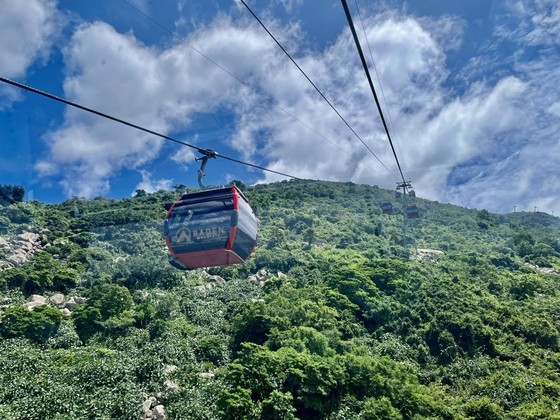 According to Deputy General Director of Saigontourist Tran Quoc Bao, the company launches more than 100 domestic and international tours serving around 30,000 turns of visitors during four-day holidays.
Similarly, other travel agencies including Vietravel, Fiditour - Vietluxtour, TSTtourist and so on have massive tours to famous destinations and luxury resorts discovering culture and history in Ho Chi Minh City and other provinces. Among them, the top selected destinations are Nha Trang, Phu Quoc, Ba Den Mountain in Tay Ninh Province and so on. 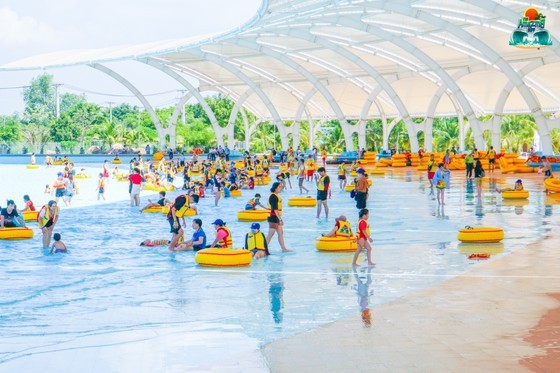 With its location nearby Ho Chi Minh City, Dong Nai Province is on the top list of numerous visitors, comprising Buu Long Tourism Area in Bien Hoa City, Son Tien water park. It is calculated that Son Tien water park welcomed dozens of thousands of visitors a day and it is expected that numerous tourists will flock to the tourism site during the upcoming public holiday. 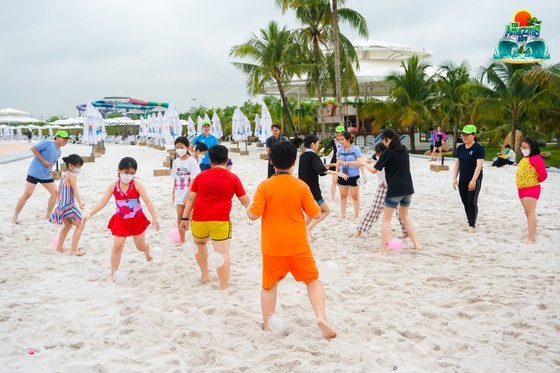 At Son Tien tourist area in Bien Hoa City of Dong Nai Province
Currently, the airlines said that the number of passengers booking tickets to Hanoi, Nha Trang and Phu Quoc from August 15 to September 5 has gradually surged with a price increase from VND2,300,000 (US$98) to VND2,900,000 (US$124) per person.