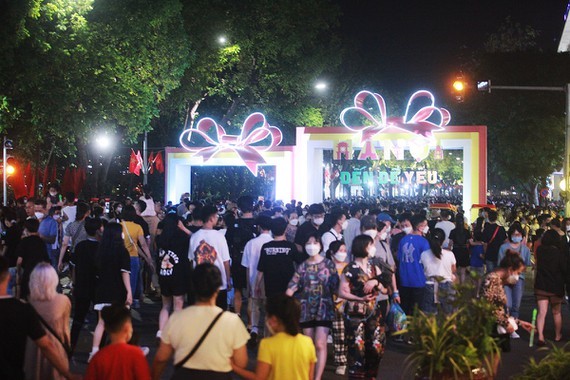 Hai Phong City is one of the country’s big cities that thousands of foreign tourists selected for their journey. Almost of them gathered at Do Son and Cat Ba tourism sites. That is a positive sign for Vietnam’s inbound tour season this year.

As for the outbound tours, Dubai and the United Arab Emirates (UAE) are current top selections of tourists. In recent two months, the city and country received around 5,000 Vietnamese visitors. Meanwhile, tours to Thailand, Singapore and the Europe recorded sparse tourists because of resumption in the mid-April and at the end of April,

At that time, airlines exploited nearly 1,000 flights a day, equaling the same period in 2019 and surged by about 30 percent compared to ordinary days. The average rate of booked domestic flights reached over 70 percent, flights connecting between Hanoi, Ho Chi Minh City and other tourist destinations gained over 80 percent.

Only the last day of the holiday, on May 3, nearly 174,000 passengers traveled through Tan Son Nhat and Noi Bai international airports during peak time between 12 a.m. and 6 p.m. During the holidays, traffic congestions remained on roads heading to tourist destinations.

By Mai An- Translated by Huyen Huong