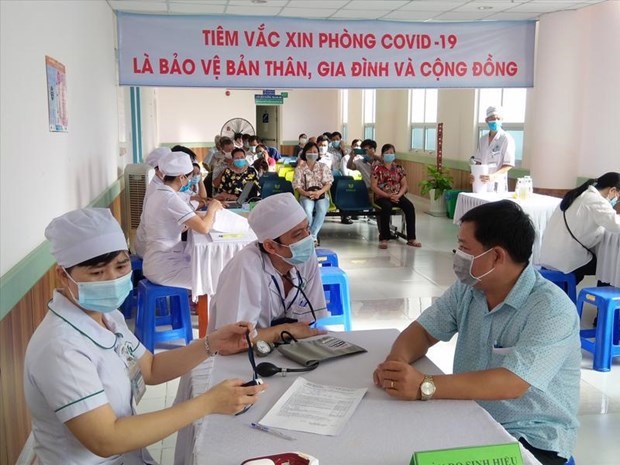 Illustrative image (Photo: VNA)
It is the first locality nationwide to fully vaccinate its residents, said Vice Chairman of the provincial People’s Committee Nguyen Luu Trung.
During the campaign, Kien Giang gives priority to people in the working group in the city with over 127,000, including 108,596 with permanent residences and more than 19,000 temporary residents, towards the goal of having 95 percent of its population fully given two shots.
Statistics by the municipal People’s Committee showed that the city is home to over 150,000 permanent and more than 19,000 temporary residents.
Each vaccination phase will last 10-15 days.
The second shots are scheduled to be given on September 1.