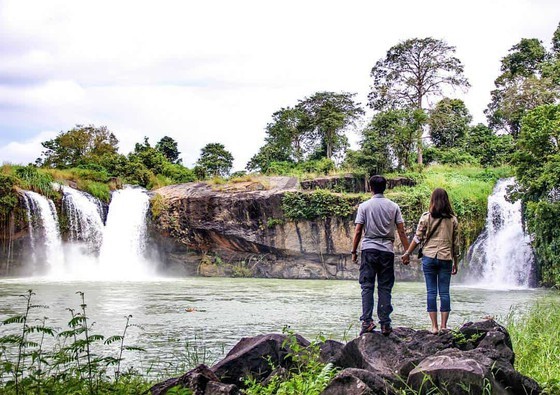 According to the initial information of a 35-year-old woman who was the victim’s companion during the journey, she and the Russian tourist travelled to Dray Sap - Gia Long waterfall ecotourism area to enjoy beautiful landscape on April 24.
The man had set an automatic fly-camera to catch images before he moved to the Dray Sap waterfall. A moment later, his companion discovered signal loss on the phone screen, so she searched for him but failed and decided to report to the authorities.

The victim originated from Nigeria, holding Russian passport. He had entered Vietnam since 2019 and was granted a temporary residence card by the Vietnam Immigration Department.