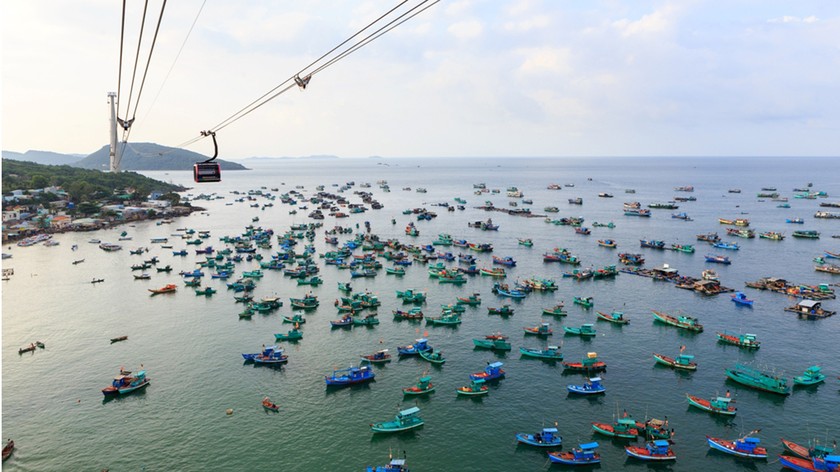 At the meeting, the People's Council of Kien Giang Province voted to approve seven resolutions of the Provincial People's Council, including approval of the adjustment planning of subdivision construction plan on Hon Thom island in An Thoi Ward, Phu Quoc City ( with a scale of one out of 2,000 ) in the area of 151.82 hectares. This voting was carried out after the Council reviewed the submissions of the People's Committee of Kien Giang Province as well as studied the reports on verification of the Department of Economy and Budget.

This is a nature park marine entertainment complex and luxury resorts with the cable car system connecting An Thoi urban area and Hon Thom Island and resettlement areas.

After the adjustment planning of the construction subdivision on Hon Thom Island is approved by the Kien Giang Province People's Council, the Provincial People's Committee will carry out the procedures and approve the construction planning project according to the regulations.