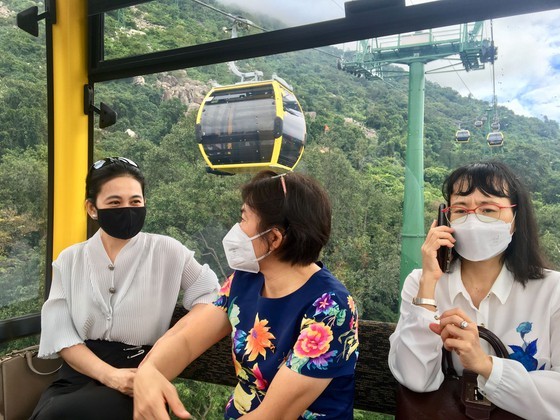 HCMC-Tay Ninh tour will be launched from October 16.

Deputy Chairman of the People’s Committee of Tay Ninh Province Vo Duc Trong said that the province was pioneering to restart its smokeless industry. Accordingly, the province starts to pilot some tours from October 16 to the beginning of November and welcomes large-scale tours from November.

Speaking at the program, Ms. Phan Thi Thang shared that the city had successfully performed the trial of some tours in Cu Chi and Can Gio to extend gratitude to doctors, medical workers and frontline forces as well as restarted the city tourism sector.

Besides, Ho Chi Minh City agreed with Tay Ninh Province to welcome travelers from October 16 and the city expects to implement the next tours based on the pandemic development.