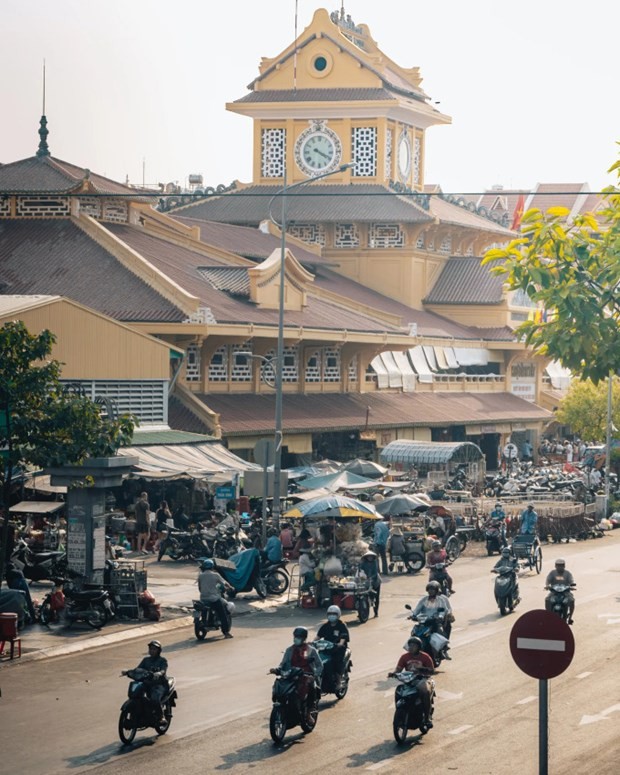 HCMC is among trending destinations in autumn 2022.  (Photo: Unsplash)
Others are London (the UK), Punta Cana (Dominica), New York (the US), Munich (Germany), Albania and Barbados.|
The magazine said as the summer travel crowds fizzle and temperatures mellow out, the autumn emerges as one of the most ideal—and strategic—times of year to book a dream getaway.
Generally warm year-round, the autumn marks the end of the rainy season as temperatures cool, making it a good time to visit HCMC’s landmarks like the Cu Chi Tunnels, the Notre Dame Cathedral, and Ben Thanh Market, it said.
The magazine quoted Christie Hudson, head of US public relations for Expedia travel platform, as saying that HCMC is very affordable for the fall months, so your travel dollars go a long way.
Hudson said that she found five-star hotels in September and October starting at around US$50 a night.
“The spike in searches for places like Munich, HCMC, and Barbados point to travelers being excited to pack their bags for places that were previously harder to visit due to travel restrictions, testing requirements, or high airfare prices,” she noted.
Asia has also seen a spike in interest this year’s autumn as more countries have opened their borders. Booking platform Priceline has seen four times more searches for flights to the continent the autumn, the magazine said.
According to metasearch site Kayak, Vietnam’s southern hub has seen a 46% increase in search compared to 2019, while Expedia reported a 630 percent growth in searches from the last autumn, it added.