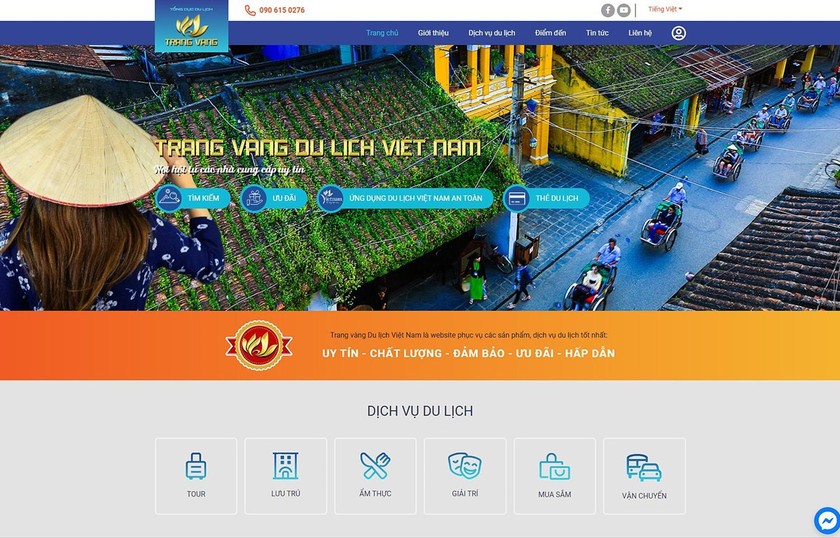 Tam suggested travel firms and training centres must facilitate access to digital technology for their personnel, explaining that after the Covid-19 pandemic, the sector has to speed up. This has been hindered by limited labour volume and value.
“Most of cities and provinces believe in and have begun digital transformation, but we need a complete legal framework with a standard data system,” he continued. “The data centres and legal corridor should be put into place before 2025.”
He sees a major solution to the puzzle in iTourism and the VNAT, provincial tourism departments and travel firms would enhance their connectivity and interaction through the system, and thus improve management quality.
iTourism provides users with quality information regarding places to visit supported by actual images.
Social networks like Facebook and Tiktok have also played a significant role in tourism promotion, Tam said, stressing the need to invest in business administration platforms to better serve customers.
Revenue generated from tourism hit VND11.9 trillion  (US$509.85 million) in the first seven months of this year, a 2.7-fold rise year-on-year due to the strong recovery of tourism activities, according to the General Statistics Office (GSO).
Some localities recorded a high increase in tourism revenue in July, including Khanh Hoa province with a rise of 858.4 percent, Can Tho city by 328.3 percent, Da Nang city by 284.8 percent, Hanoi by 216.8 percent and Ho Chi Minh City by 111.4 percent.
Revenue from accommodation and catering services in the first seven months of this year was estimated at VND324.9 trillion , up 37.5 percent year-on-year.
The number of international visitors to Vietnam in July reached 352,600, an increase of 49 percent compared to the previous month and 47.2 times higher than the same period last year.
Vietnam welcomed 954,600 foreign visitors from January to July, 10 times higher than the figure in the same period last year.
However, the seven-month total tourism numbers still fall short of the pre-pandemic figure. This represents a drop of 90.3 percent compared to 2019. Visitors arriving by air accounted for 87.1 percent of the total, 13.5 times higher than the figure of the same period last year.