Particularly, a flight carrying 231 residents of Nghe An Province yesterday arrived at Vinh Airport from Ho Chi Minh City. Among them, there 96 children, including 25 babies under 24 months and the rest being pregnant women, elderly, people with disabilities and people with severe diseases.

All the fees related to the airline ticket, accommodation and Covid-19 sample test were free of charge. After arriving at Vinh Airport, all those people will be sent to a hotel at Cua Lo Town for the isolation process.

Up to the end of July 31, over 18,500 residents of Nghe An Province living in the Southern provinces registered to return to their hometown. Among them, HCMC topped with 7,871 people, following by Binh Duong and Dong Nai Provinces with 6,982 and 2,058 people.

For the first phase, 1,024 returners are on the top priorities including pregnant women, people with babies, the elderly, people with disabilities, people with severe illness. It is expected that the Central province will organize six more flights from the beginning of August.

The People’s Committee of Ha Tinh Province has just assigned the provincial police to allocate a 16 seater mini-bus to transport people who ride their motorcycles to come back to their homeland but had problems with their health. 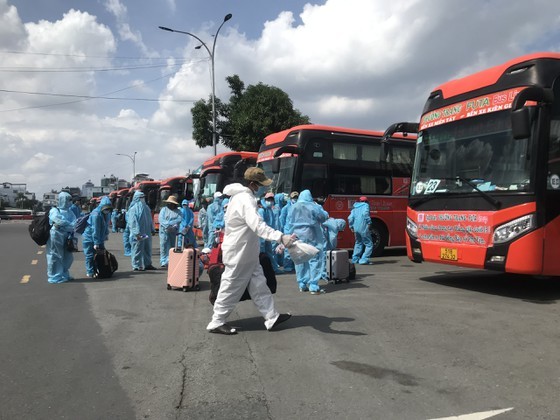 From July 27, the province has supported five free buses carrying nearly 100 returners from the Southern provinces traveling through Covid-19 prevention and control checkpoints on the National Highway No.1A at Ky Anh Town. Besides, the province is also calling for supporting around 4,000 fast food sets.

On the same day, the People’s Committee of Quang Binh Province issued an official letter to perform medical isolation to prevent and control the Covid-19 pandemic with free charge, especially the people with difficult circumstances.
Besides, the province also required the localities and relevant units to be responsible for the centralized isolation facilities.

The traffic police of Thua Thien – Hue Province guided over one thousand people with over 700 motorbikes returning from Ho Chi Minh City from Hai Van Pass to Hai Lang District, Quang Tri Province. At the rest stop, the volunteer teams offered meals, water, milk and petrol to those people. 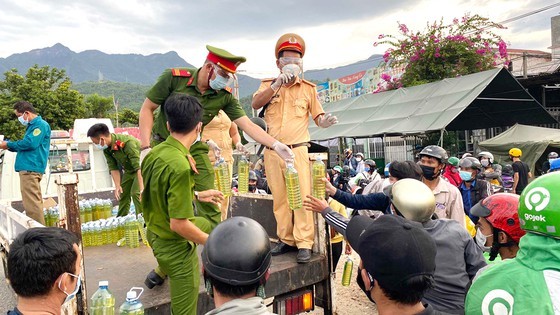 Binh Dinh Province also requested the People’s Committee of HCMC to create favorable conditions for flights bringing home more 200 returners trapped in the city. However, the fourth flight could not be carried out due to travel restriction regulations so the Association of Fellow-Countrymen of Binh Dinh Province in HCMC will work with the city to perform the appropriate procedures to bring all returners to their hometown. 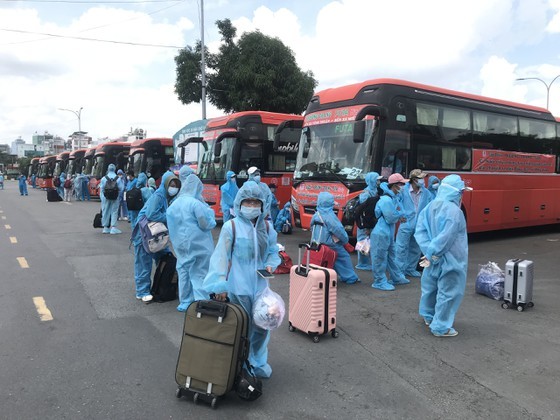