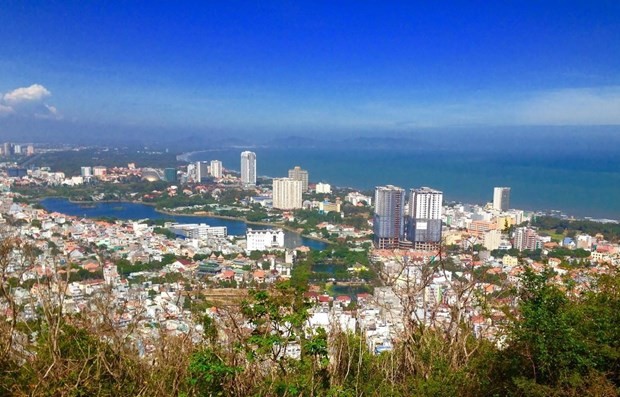 Vung Tau city of Ba Ria - Vung Tau province (Photo: VNA)
Under an agreement on tourism promotion between the provincial Department of Tourism and the Global Book Corporation - the authorised representative of BBC Global News channel, interesting features of Ba Ria - Vung Tau is promoted to international tourists as a dynamic destination with blue sea, white sand and sunshine, and new discoveries.

The video, which is being broadcasted every day between 9:30am and 7:00pm from April 8 to June 2, aims to bring the southern province’s charm closer to foreigners.
BBC Global News is among leading media channels in the world with over 450 million households viewing from more than 200 countries and territories worldwide. The channel is available in three million hotel rooms, on 178 cruise ships and 53 airlines.
In Vietnam, the departments of tourism of central Da Nang and Quang Nam provinces, and Vietnam Airlines also cooperated with BBC Global News to promote their tourism industries.