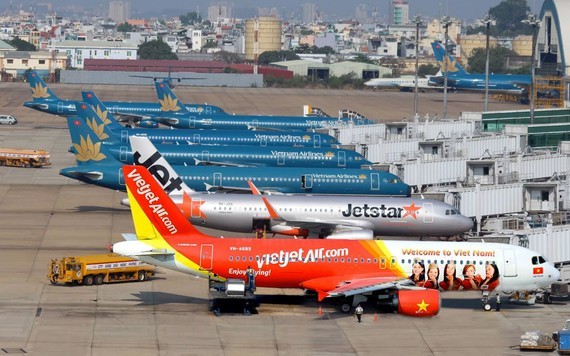 Illustrative photo
Flights from Hanoi and HCMC to the most-visited destinations of Phu Quoc, Da Nang, Da Lat and Con Dao have the most expensive tickets.

Accordingly, a return ticket on the Hanoi-Phu Quoc route between April 29 and May 3 is selling at a price of more than VND 9 million (US$394) by the national flag carrier Vietnam Airlines (VNA), followed by Bamboo Airways and Vietjet Air offering prices of over VND 7 million (US$306).
A return flight ticket on Hanoi-Da Nang route costs from VND3,6 million (US$158)- VND5 million (US$219).
The price of airfares is now from twice to five times more expensive than it was two-three days ago. Carriers including Vietnam Airlines, Pacific Airlines, and Vasco announced they would increase domestic flights by 10 percent to meet the high travel demand of passengers during Reunification Day (April 30) and May Day (May 1).