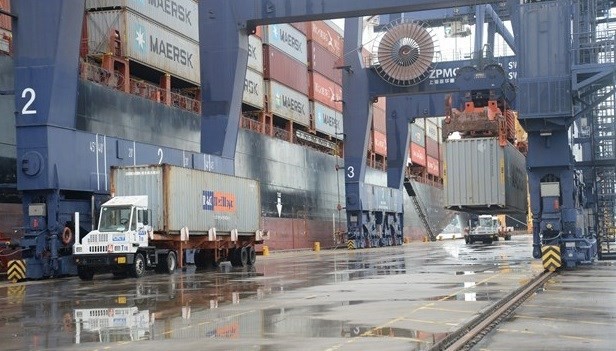 The number would surpass the targets set by both the Government and the ministry, at around 8 percent.

Meanwhile, import value is estimated at US$367 billion in the year, resulting in a trade surplus of some US$1 billion, fulling the set target, the report says.

In the first half of this year, export-import value was over US$371.3 billion, including more than US$186 billion worth of exports, up 17.3 percent from the corresponding time last year.

The export of the domestic economic sector rose 19.5 percent, higher the 16.6 percent increase of the foreign direct investment (FDI) sector, including crude oil, which, the ministry said, reflects efforts by domestic firms in production and business recovery and supply chain resumption amid difficulties.

Notably, during the six-month period, 29 items reported their export turnover surpassing US$1 billion, four items more than the same period last year, making up 91.2 percent of the total value.

Vietnam experienced export growth in the markets it has FTAs with, ranging from 12-34 percent, said Tran Thanh Hai, deputy head of the MoIT’s Agency of Foreign Trade, adding that a growth rate of 30 percent was seen in such markets as Canada and Mexico.

The ministry said it will continue to keep a close watch on the Covid-19 situation, policy changes adopted by countries and major partners, and international trade to give consultations to the Government in the management work.

It will also pay more attention to the implementation of FTAs to help businesses optimize opportunities generated by the trade deals, step up trade promotion and further streamline administrative procedures.

As many as 3,943 business establishments are set to roll out e-invoices generated from cash registers by March 2023, including 1,850 businesses and 2,093 business households.