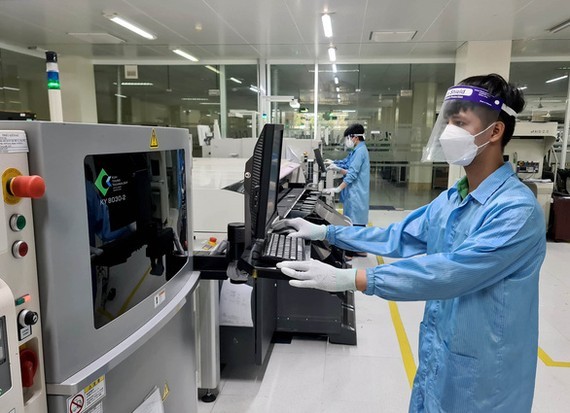 Many believe that the Vietnamese Government must not delay in adopting appropriate policies to control the exchange rate and also speed up public investment disbursement to cope with an oncoming economic uncertainty and unpredictability.

Referring to the fact that money is stuck in banks and idle money is scarce in the market, Mr. Vu Tu Anh, Director of the General Economic Department at the Central Economic Commission, said that the treasury money in the banking system is not counted as mobilized money, so the bank is not allowed to lend it back. If the disbursement goes smoothly later this year and by early next year, it will reduce the pressure on banks and financial institutions in mobilizing capital.

Mr. Vu Tu Anh raised the question if Vietnam's economy is satisfactory at the moment and cash inflows are steady, then concerned people may wonder why the exchange rate pressure has become so high and why the Vietnam dong has declined and why the State Bank of Vietnam has to pump out the money. Mr. Vu Tu Anh said that the balance of payments in the second quarter recorded a US$ 5 bln deficit for a number of reasons. Firstly, it came from Foreign Direct Investment (FDI) into Vietnam, which usually allows money to expand in Vietnam when the US dollar interest rate is low. Money does not flow outside, and it does not create pressure on the market. However, recently the FED has repeatedly raised interest rates, causing cash to flow out.

Secondly, in recent times, many Vietnamese people have been spending a lot of money abroad. In the first nine months of the year, Vietnamese people spending on holiday trips abroad amounted to VND 4,700 bln, while foreigners entering Vietnam spent only VND 2,200 bln. Adding to this was a trade deficit in such services as transportation and goods. These factors have put tremendous pressure on the market, forcing the State Bank of Vietnam to resort to several effective operating tools, including raising interest rates on the US dollar and not continuing to allow it to remain at 0% anymore. Now urgent action must be taken at the right time to tackle the current geopolitical fluctuations in the world.