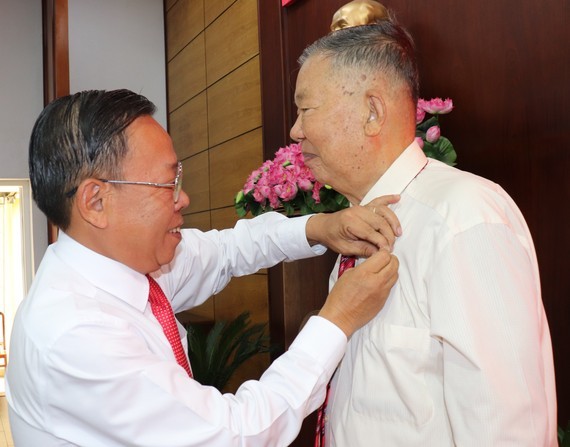 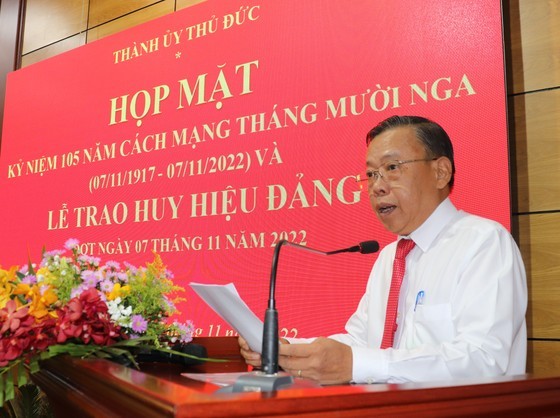 Secretary of the Party Committee of Thu Duc City Nguyen Huu Hiep speaks at the event.

Speaking at the meeting, Secretary of the Party Committee of Thu Duc City Nguyen Huu Hiep said that the city highlighted outstanding contributions of Party members towards the cause of the revolution.

He noted that Thu Duc City has made an effort to develop the “City within city” model after two years of establishment. The HCMC Party Committee also issued Resolution 08-NQ/TU of the Standing Board of the Ho Chi Minh City Party Committee on directions, tasks, and developing mechanisms for Thu Duc City from 2021 to 2025, with orientation to 2030 to allow the new city to implement a pilot plan on specific mechanisms and policies for its development. 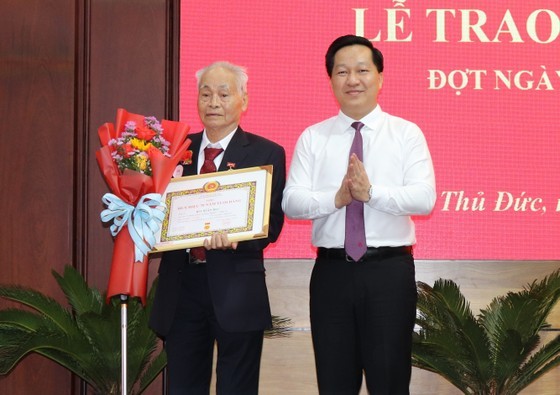 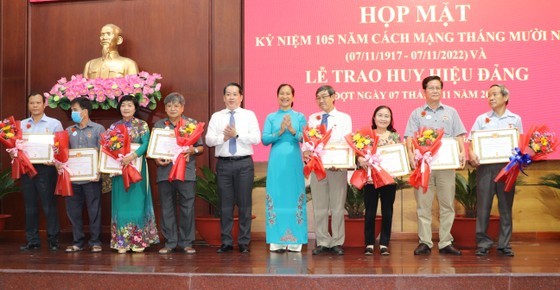 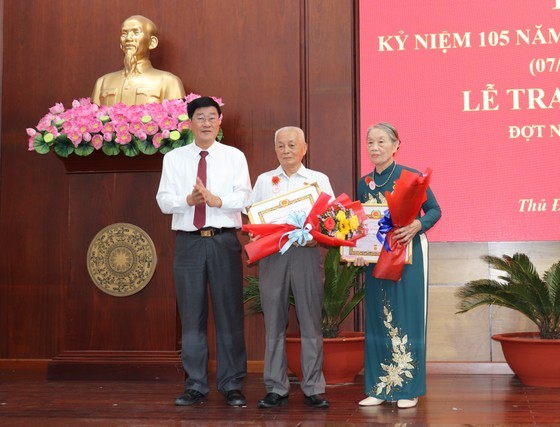 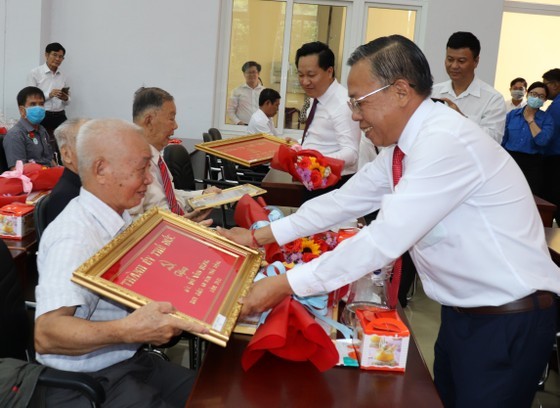